Largest service action involves seatbacks that can fail in crash. 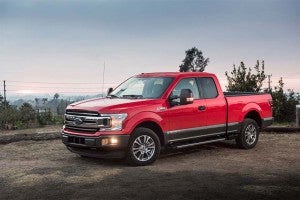 Ford is recalling F-150 trucks for a problem with the vehicle’s seat backs.

Ford Motor Co. announced a series of four separate recalls that could give some motorists pause as they head into the Labor Day weekend, one of the biggest holidays of the year for travel.

The recalls cover a wide range of sedans, hatchbacks, SUVs and pickups — a total of 665,154, in all. The largest of the problems, covering about 550,000 of those vehicles, involves seat backs that might fail during a crash.

The other recalls cover problems including issues with brakes, as well as power steering systems that could unexpectedly fail and make it difficult for a driver to maneuver their vehicle. Those three involve vehicles sold across North America. A fourth service action, linked to a battery problem, impacts only a small group of Ford products sold in Canada.

The big recall involves what Ford describes as a “lack of seat restraint in the event of a crash.” In other words, the seatbacks could fail and result in neck and back injuries. So far, however, Ford said it knows of no instances where the seats have failed in real-world crashes.

The models covered by the recall include: 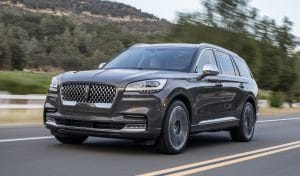 The all-new 2020 Lincoln Aviator is also being recalled for the seat back problem.

The automaker says the recliner mechanisms in these vehicles may be missing a part that is needed to hold up in a crash. It is unclear exactly how many of the pickups and SUVs were equipped with the faulty parts. The seats will be inspected and, if necessary, repaired.

Recall notices will be sent out starting Oct. 7. Inspections and repairs will be made at no cost to owners.

The second recall covers four different Ford and Lincoln-badged sedans and SUVs sold in North America in areas where they may experience “high-corrosion environments.”

In turn, power steering assist would fail. While a driver would still be able to steer the vehicle, it would become more difficult, “especially at lower speeds, which may result in an increased risk of a crash,” the automaker said in an announcement.

The recall covers models including 2013-16 Ford Fusion and 2013-16 Lincoln MKZ sedans, as well as 2015-16 Ford Edge and 2016 Lincoln MKX crossovers. All told, nearly 100,000 vehicles sold in North America are covered by this service action. Repairs also will be made at no cost. 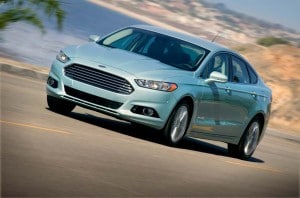 Ford is recalling the 2013-16 Fusion sedan for a steering problem.

Corrosion can also lead to a failure of the battery box junction involving Ford Fiesta subcompacts sold in Canada during the 2012 and 2013 model-years. The new recall announcements impacts more than 13,000 vehicles.

The other recall, the smallest of the four, also targets the Ford Fiesta though, in this case, it is the 2019 version of the subcompact that can experience problems with brake caliper seal contamination. The problem appears to have been caused by the use of an improperly labeled fluid during production.

“A leaking brake caliper,” explains Ford, “could eventually result in reduced braking function or drag, which could lead to the overheating of the brake pads, increasing the risk of a crash.”

Only about 2,600 vehicles are affected and, as with the other three new Ford recalls, repairs will be made at no cost to owners.