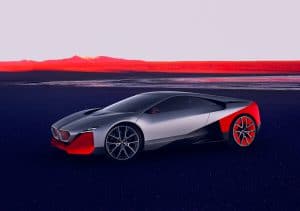 BMW’s profits were crimped by its investment in EVs and hybrids, like the M Next concept.

BMW saw its earnings drop by double digits as investments in manufacturing electric and hybrid cars to help meet stricter emissions limits and adverse exchange rates affected the automaker’s profitability during the quarter.

The German automakers earnings before interest and taxes (EBIT) fell to 2.2 billion euros, or $2.4 billion, in second quarter, hit by the cost of trying to meet stricter emissions rules due in 2021.

However, BMW’s investments in property, plant and equipment jumped 39% as the company opened a factory in Mexico and retooled its plants to introduce more flexible production lines help it double sales of electric and hybrid cars by 2021.

(BMW Set to Trim Slow-Selling Models, and Other Luxury Brands Could Follow)

The German automaker operations remained well on course during the second quarter, despite the challenging market environment.

In line with its earlier forecast, the group achieved an improvement in both earnings and profitability compared to the first quarter and confirms its targets for the financial year 2019, the company noted in statement accompanying the second quarter financial report. 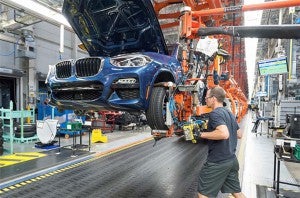 In the first half of the year the BMW Group delivered more vehicles to customers than ever before, thereby gaining segment share in key markets. With its attractive, rejuvenated range of models, the BMW brand finished with a clear lead in the premium segment in June, he said.

“Running a sustainable, profitable business remains our top priority. We are therefore making systematic investments today to secure our future – even in the current challenging business environment,” Peter said.

“A high degree of flexibility is essential. With our efficient combustion engines, plug-in hybrids and battery-electric drive trains, we are highly diversified and open to different technologies. At the same time, we are continuing our research into fuel cells.

“In addition to further developing our drivetrains, we are also focusing on increased connectivity between drivers, vehicles and their environment, autonomous driving and mobility services.

“Second-quarter research and development expenditure according to German Commercial Code amounted to 1.48 billion euros. The figure for the first half-year was around 2.83 billion euros. The R&D ratio for the second quarter stood at 5.7%,” Peter said.

Peter also re-affirmed the company’s guidance. As previously announced, BMW profit margin is likely to stay between 6 and 6.5% for the full year, which is lower than last year’s exceptionally high figure of 7.1%, as planned, he said.