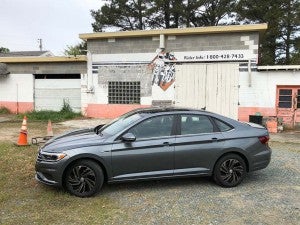 The Volkswagen Jetta is one of U.S. News & World Reports best vehicles for students.

Social media is flooded with first day of school pictures and the airwaves are equally saturated with commercials touting sales for all of the goods those kids will need to after the pics have been taken.

For the older ones, shopping may include more than clothes, notebooks, etc. Parents may be shopping for the vehicles those students will be traveling to school in on a daily basis.

There are no simple answers as to what is best for a young driver: new or old vehicle. However, there aren’t very many convenient lists of “Best old cars” for student drivers, but fortunately U.S. News and World Report have assembled a list of the best new or nearly new vehicles for those kids.

However, there are some general rules to follow when looking for a vehicle for a new driver and one overriding one to follow.

“The way that we think about it is, if the teen is excited about the car, it’s probably the wrong car,” said Jamie Page Deaton, executive editor of U.S. News and World Report.

Here’s the list of vehicles, by price, recommended by the magazine:

Newer vehicles have several advantages over older models, the best of them being a slew of safety technology such as anti-lock brakes, forward collision alert, lane keep assist, rear cross-traffic alert, and automatic braking. 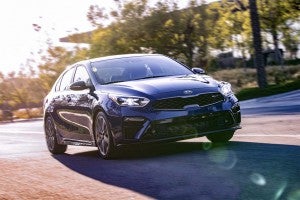 The Kia Forte also made the U.S. News list of best vehicles for students.

Plus, technology in some vehicles allows parents to set speed and audio volume restrictions when their teen is behind the wheel, while other systems can send parents updates on their teen’s driving behavior.

(Check Out Another List of Recommended Cars for Students)

Here are the magazine’s choices by category:

Additionally, many newer vehicles enjoy features that mitigate some of the poor driving habits teens are often famous for engaging in, such as texting or talking on their smart phones.

Americans Still Feel Pressure to Keep Up With the Joneses)

Unsurprisingly, a recent study by Liberty Mutual found that 90% of teen drivers admit to talking on the phone while driving, while 78% say they’ve sent a text from behind the wheel. Furthermore, 33% of teens were found to have been driving while drowsy.