Swedish automaker set to phase out diesels in electrification push. 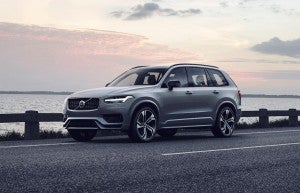 Volvo has long wanted to take a step above its current flagship, the 2020 XC90 shown here.

Long known for its boxy wagons, Volvo is today becoming more and more of an SUV company, with its line-up of utility vehicles likely to continue expanding, according to the Swedish automaker’s CEO.

Among the new models reportedly in the works: both a new flagship that would be dubbed the XC100, as well as an entry model that would slot in below the current Volvo base model, the XC40. At the same time, the Chinese-owned carmaker is also set to expand its push into electrification with battery-powered versions of both the XC40 and the current brand flagship, the XC90, CEO Hakkan Samuelsson hinted at in a recent interview.

One thing that Volvo appears to be steering away from is diesel, Samuelsson already announcing that the technology will begin being phased out this year, with no development work on future diesels in the company’s plans.

“We are not excluding the idea of additions, especially in very core segments like the SUV,” Samuelsson said in an interview with Britain’s Auto Express. “I think we are looking into this possibility now. You should not exclude the idea that there might be a bigger one, but maybe also a smaller one. We will surprise you about that in the future.”

(Volvo recalling over 500,000 vehicles for fire risk. Click Here for the full story.)

A separate story in the Swedish publication Teknickens Varld. The outlet focused on what is currently known inside the company as “Project V616,” the numbers translating, in Volvo code, to mean a large SUV entering an entirely new segment. The public will likely learn of it in the form of a new XC100.

Volvo has been talking about adding something larger than the current XC90 for years, though former owner Ford wouldn’t come up with the necessary funding. Current owner Zhejiang Geely has been far looser with the purse strings, perhaps encouraged by the fact that, with a total of 340,826 vehicles sold during the first half of this year, volume has nearly doubled from 2010, when Volvo sold a full-year total of just 373,525 vehicles. 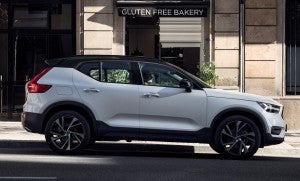 A crossover even smaller than the base XC40 is apparently in the works, according to CEO Samuelsson.

While a new flagship like an XC100 would finally position the Swedes to be able to directly take on competition like the new BMW X7 and Mercedes-Benz GLS, that’s not where the big growth in the market is occurring. Smaller SUVs are gaining lots of traction, especially outside the United States. So, Volvo could try to slot something underneath the current base model, the XC40.

It’s not just having more cash available that is encouraging Volvo to grow its line-up. The automaker now has two new Chinese assembly plants, as well as its first-ever U.S. factory, a facility that opened in Charleston south Carolina a year ago.

“Now we also have the production capacity to grow this company, even a bit beyond 800,000-unit figure that we always talked about as a first ambition,” Samuelsson told Auto Express.

(Volvo’s Q2 profit tumble by more than half. Click Here to learn why.)

What’s significant is that the XC family of utility vehicles has paid off so handsomely. While Volvo continues to produce wagons and sedans, its various crossover models now account for 61% of global sales, up a full 10 percentage points in just a year, a figure expected to continue growing.

Don’t expect to see the company to switch to utility vehicles entirely, though future wagons will try to appeal to crossover buyers. The next V40, for example, will be something of a “pseudo-SUV,” according to the CEO. Other products have already moved that way with “cross country” versions featuring higher ground clearance and more ute-like cladding.

For all the focus on utility vehicles, the other big shift for Volvo is the ongoing move away from internal combustion power. For the near to mid-term, it will continue to use gas engines in various plug-in hybrid configurations, but the long-term will see more and more all-electric models in the mix, including versions of the XC40 and XC90, the first two to wear Volvo’s “iron marque” logo. 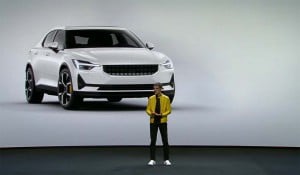 Polestar CEO Thomas Ingenlath discusses the new Polestar 2, which is expected to go into production early next year.

There will be other electrics in the new Polestar brand that will only utilize battery-based drivetrain technology.

The new brand’s roll-out will begin later this year with the plug-in Polestar 1. The pure electric Polestar 2 was unveiled in February and should begin rolling out of one of Volvo’s new plants in China starting early next year.

“Initial launch markets include China, the United States, Canada, Belgium, Germany, the Netherlands, Norway, Sweden and the UK. Other markets are under consideration for future expansion”, the new brand said at the February debut of Polestar 2.

At least two more models are reportedly in development, including the Polestar 3, an all-electric SUV that will target the likes of the new Audi e-tron, Jaguar I-Pace and Tesla Model Y. The Polestar 4 would compete in the same segment as the Tesla Model X, meanwhile, and share the flexible SPA 2 architecture underpinning Volvo’s XC90. Don’t expect to see it, however, until 2021 or 2022, according to various reports.