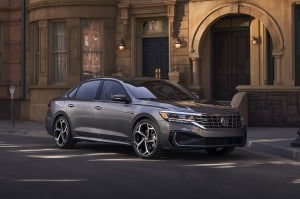 Volkswagen’s Passat will be the last of the company’s vehicles with the 6-year/72,000-mile warranty.

Volkswagen is ending its six-year/72,000-mile bumper-to-bumper warranty, replacing it with a four-year/50,000-mile offering and two years of free maintenance.

The upside is no oil changes for two years, but the downside is that when something mechanical goes, owners will be writing checks a lot sooner. VW’s warranty was one of the better offerings in the industry, but now it’s closer to those from automakers like Toyota and Ford, which offer three-years and 36,000 miles.

The move isn’t entirely surprising as the good warranty was developed up as a peace offering to consumers in the wake of dieselgate. Now that VW appears to be back in the good graces of new vehicle buyers, they’re rolling it back a bit.

“Volkswagen is committed to listening and addressing the needs of its customers and dealers as we look to increase market share in the U.S.,” VW officials told AutoBlog.com. “The previous warranty was a valuable tool to introduce customers to the Volkswagen brand and to give them peace of mind. 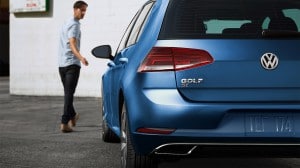 The new Golf offers plenty of performance in a small package, and going forward it will come with a reduced 4-year/50,000-mile warranty.

“Our  new vehicle limited warranty builds upon those benefits by still providing robust coverage and further lowering the  cost of ownership with carefree maintenance for the first two years.”

The move, which was reported by Automotive News Europe, comes on the heels of public plaudits for the German automaker by Kelley Blue Book. The brand was named one of website’s10 Most Awarded Brands of 2019.

Kelley Blue Book’s experts recently sorted through the winners from all of the company’s 2019 awards programs, compiling a list of the brands that were recognized most often this year. Volkswagen earned eight awards from Kelley Blue Book—including two each for Atlas and Jetta, and three for the Golf family.

“With a diverse lineup that features family-friendly SUVs like the Atlas and fun-to-drive hatchbacks like the Golf and GTI, Volkswagen has rightfully earned its recognition as an industry leader not only in these individual segments but as a brand overall,” said Matt DeLorenzo, senior managing editor for Kelley Blue Book.

“We’re thrilled to have made the top 10 of Kelley Blue Book’s most awarded brands,” said Duncan Movassaghi, senior vice president of Sales for Volkswagen of America Inc.

“Over the past several years, Volkswagen has put a lot of effort into delivering vehicles tailor-made for the American market, and the host of accolades we’ve built up is proof that we’re on the right track.”