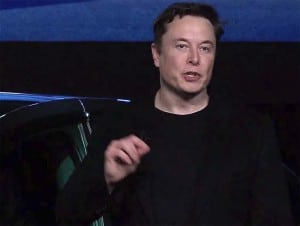 Tesla CEO Elon Musk told investors he expects the company to be profitable in Q4.

Tesla stock plunged in after-market trading Wednesday as the automaker announced a second-quarter loss of $408 million despite achieving record production and deliveries.

Tesla did manage to drive up revenues by 47% compared to year-ago levels, to $5.2 billion. It was able to generate $614 million in cash for the quarter, leaving it with $5.0 billion in its bank account at the end of June.

It clearly will need the money as it continues to invest heavily in new products, such as the upcoming Model Y electric crossover, the second-generation Tesla Roadster, a new, all-electric pickup, and a battery-powered semi-truck. Tesla is also building a new plant in China and expanding capacity at its assembly plant in Fremont, California.

For the current quarter, CEO Musk and CFO Zachary Kirkhorn said in a statement, “We are most focused on expanding our manufacturing footprint in new regions, launching new products and continuing to improve the customer experience, while generating and using cash sustainably.”

Looking forward, Musk was even more upbeat, despite the weak Q2 performance, telling those on the call, “We expect to be breakeven this (third) quarter and profitable next quarter,”

Model 3 deliveries surged to record levels – but Tesla has made sharp price cuts, in part, to offset declining federal incentives.

That would be a welcome relief considering Tesla’s performance to date. It has lose money in all but four quarters since going public. That includes a profit for the last half of 2018 after it worked through what Musk had called “production hell” crippling output of the Model 3 at Tesla’s Fremont plant. Since it was founded, Tesla has now lost over $6 billion.

Tesla’s $2.31 a share loss for the second quarter was nearly double the $1.27 anticipated deficit based on a consensus of analysts following the automaker, according to FactSet.

One of the concerns is that Tesla continues to run a deficit despite growing sales. It produced a record 87,048 electric vehicles during the second quarter, while delivering an all-time-high 95,356.

Part of the problem is that Tesla has had to start discounting vehicles to keep customers placing orders. It has sliced prices on several occasions, in part to offset the reduction in the federal tax incentives buyers receive. Having crossed a threshold set by Congress, what had been $7,500 in tax incentives dropped to $3,750 on January 1. The incentives were halved again as of July 1, to just $1,875, and are set to be eliminated entirely on January 1, 2020.

(Tesla cuts prices on some models, raises others. For more, Click Here.)

Even with the strong deliveries recorded during the second quarter, Tesla remains short of the pace needed to meet the full-year goal set by Musk, between 360,000 and 400,000 vehicles. 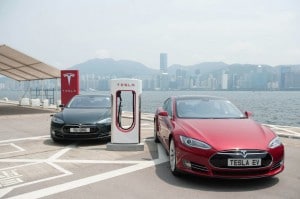 Tesla’s new Shanghai plant it crucial to its long-term success in China and abroad.

For now, it will have to depend almost entirely on the Model 3, demand for the older Models S and X sliding sharply this year.

An entirely new product, the Model Y SUV, won’t reach company-owned showrooms until next year. And the Roadster, pickup and Semi are even further out.

Tesla does hope to boost sales when a plant in Shanghai goes into operation, possibly before the end of this year. It would target what has become the world’s largest market for battery-electric vehicles.

Musk is also looking to build revenue late next year with the launch of a robo-cab company using the latest version of Tesla’s Autopilot technology. He has promised a fully hands-free version of the system will be delivered by the end of 2019.