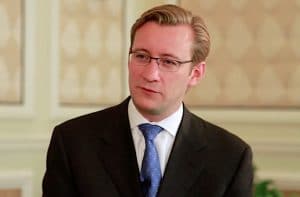 Nearly a decade after emerging from the Great Recession the U.S. auto industry is facing another downturn, and it’s coming at a particularly risky moment.

Sales have slipped about 2% for the first half of the year, based on preliminary June numbers, and a new study by AlixPartners forecasts demand will slip to 16.9 million for all of 2019, down from 17.3 million last year. The slump, the consultancy warned, could accelerate in 2020 and 2021. But even as revenues take a hit, automakers are being forced to ramp up spending on the new technologies that are expected to define the industry in the future, including autonomous and electrified vehicles.

Even though the U.S. economy remains strong by most measures, “it does not require negative GDP (growth) for an automotive recession,” said Mark Wakefield, the head of the automotive practice for the suburban Detroit-based consultancy. And even a modest downturn would be likely to create “a lot of disruption” both for automakers and their suppliers, warned Wakefield, during an appearance at the Automotive Press Association on Tuesday afternoon.

Industry observers were surprised when a supposed sales slump reversed itself in 2017, the American market posting another modest gain. But few expect that to happen this year. And the slowdown is likely to spread into 2020, sales dipping again to 16.3 million, according to the latest AlixPartners study. That could accelerate the following year, with sales now forecast at around 15.1 million before staging a modest recovery in 2022.

U.S. new vehicle sales are down 2% through the first half of the year.

The challenge is that even as sales slip, industry spending is on a rapid rise. Automakers globally will see annual investments in self-driving vehicles grow to $85 billion by 2025, said Wakefield, while the industry is expected to invest a collective $225 billion in battery-car technology between 2019 and 2023.

The first true self-driving vehicles will barely reach market by mid-decade, he added, and it’s anyone’s guess how soon they will start delivering a return on investment.

As for battery-car technology, it currently costs about 2.5 times more for an electric drivetrain compared to a comparable, gas-powered one, AlixPartners estimates. The gap will narrow, battery prices forecast to drop by nearly 50% by 2023, to around $97 a kilowatt-hour. But the point where production costs reach parity is still time off. Meanwhile, automakers are expected to generate only about 14,000 annual sales from each all-electric model, or less than 20% of the average volume for a gas or diesel product.

Add it all up, and there seems to be a troubling formula in the making: lots of spending on products that won’t generate much return on capital anytime soon.

(Click Here to see more about auto loans, payments being at record highs.) 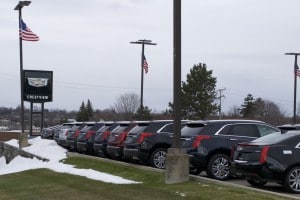 Measured another way, the industry is experiencing a rapid run-up in breakeven costs. In the U.S., automakers needed to see annual sales total of just 10 million vehicles to stay in the black in 2010, according to the suburban Detroit-based consultancy. That rose to 13.5 million by 2015 and hit 15 million by 2018.

“The industry has added too much structural costs,” said Wakefield. Ford, for example, is creating an entirely new campus in Detroit Corktown ighborhood for electrified and autonomous vehicle development, with several hundred million dollars going into just the restoration of the city’s old Michigan Central train station that will serve as the headquarters of those operations.

On the positive side, most automakers have maintained a “reasonable amount of discipline” since the end of the recession, said Wakefield. They’ve not rushed out with the sort of budget-busting incentives, for one thing, that helped drive Chrysler and General Motors into their 2010 bankruptcies.

But, as sales slip, incentives are rising and, in particular, automakers are turning to fleet sales to offset retail demand that peaked in 2015, he told reporters. But it’s a question of how much more volume fleets can absorb as they work to cope with their own economic challenges.

One way the industry is coping with the high cost of developing new technology is by partnering up. Ford and Volkswagen already have tied up on commercial vehicles and are expected to follow with autonomous and electrified ventures. BMW and Jaguar Land Rover have teamed up on the development of electrified vehicles, while Honda and General Motors are sharing autonomous vehicle development efforts. Wakefield said he wouldn’t be surprised to see automakers also consider more mergers like the ultimately unsuccessful one that Fiat Chrysler proposed with French manufacturer Renault.