Renault Expected to Give Thumbs Up to FCA Marriage Proposal

Nissan upbeat, but cautious, according to report. 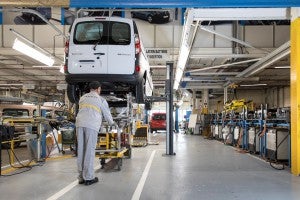 Any merger between FCA and Renault must protect France's hourly workforce, such as its Maubeuge plant, French government officials said.

Renault’s board will meet on Tuesday afternoon to pore over the merger proposal offered late last month by Fiat Chrysler Automobiles and reports from Europe suggest the response will be a positive one.

Should the French automaker signal its approval it would surprise few, several observers told TheDetroitBureau.com, considering the two companies had discussed the idea of a full merger for more than a month before the plan became public.

But there are some potential obstacles to be overcome, including the existing ties between Renault and its long-time alliance partner Nissan, as well as Mitsubishi which entered the alliance several years ago. But the two Japanese automakers also appear to be signaling cautious approval for the deal that would create the world’s third-largest automaker – and largest automotive group.

“I believe that the potential addition of FCA as a new member of the alliance could expand the playing field for collaboration and create new opportunities for further synergies,” Nissan CEO Hiroto Saikawa said in a statement on Monday. “That said, the proposal currently being discussed is a full merger which—if realized—would significantly alter the structure of our partner Renault. This would require a fundamental review of the existing relationship between Nissan and Renault.” 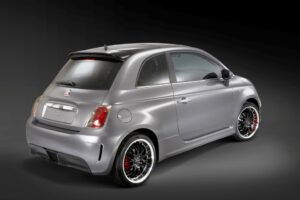 A partnership with Renault helps shore up some of FCA's shortcomings, such as no real electric vehicle program.

As a result, Saikawa said, Nissan is now reviewing its “existing contractual relationships” with the Alliance.

Almost since the moment the partnership was formed following the U.S. side of the company’s bankruptcy in 2010, Fiat Chrysler has been searching for additional partners, though its efforts were previously rebuffed by automakers including General Motors and Volkswagen. But, on May 27, FCA signaled its search may finally have yielded results, revealing it had been in talks for months with Renault and releasing a proposal that would lead to a merger-of-equals.

“This should be seen as a friendly approach to merger between two like-minded companies,” a ranking source involved in the negotiations, asking not to be identified by name due to the sensitivity of the talks, told TheDetroitBureau.com at the time.

That said, the proposal was far from what the French would call a “fait accompli.” It will require a number of steps along the way starting with a due diligence process that will be complicated by not only Renault’s relationship with Nissan and Mitsubishi but also the need to win approval from unions and regulators in a number of countries. The economic minister for France, Bruno Le Maire, has already weighed in, demanding that the merger not eliminate any plants or jobs in that country. France is Renault’s largest shareholder.

But the first big step in the process could come today with a formal decision on whether to proceed on the part of the Renault board. According to the Associated Press, that appears to be likely. The news service notes company executives have already met with a government official who said the “dynamic is positive.”

(Click Here to see who will run what at a merged FCA-Renault.)

According to an FCA source who described the merger process to TheDetroitBureau.com, the deal should take between 12 to 18 months to finalize. If it does come together it would create an enterprise worth about $40 billion based on the current market capitalization of the two companies. Together, meanwhile, they would have generated sales of about 8.7 million vehicles in 2018, making a combined company the third-largest automaker in the world, behind Volkswagen and Toyota.

But, if the existing Renault-Nissan-Mitsubishi Alliance were to remain intact, the group would collectively top industry leader VW by nearly 50%. Last year, the Alliance sold nearly 10.8 million vehicles, missing the sales crown by less than 100,000 cars, trucks and crossovers.

The three-company partnership, which was initially formed in 1999, has come under serious strain, however, in the wake of the arrest, last November, of its longtime leader Carlos Ghosn. The 66-year-old executive is currently free on bail but awaiting trial in Tokyo on a series of corruption charges that a number observers feel were pushed by Nissan in order to increase its power within the Alliance.

The second-largest Japanese carmaker has made it clear it wants to change the relationship, as Saikawa’s Monday statement reinforces. It is expected to point to the extensive array of technologies it brings to the Alliance, such as electrified and autonomous vehicles, when it sits down to discuss its future role. 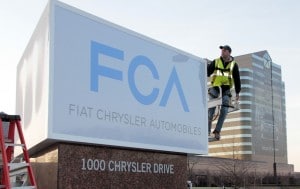 Aside from a new sign, a merger is likely to result in substantial white collar layoffs at FCA and Renault.

“We would go ahead with partnering or cooperating with FCA only if we can guarantee tangible benefits from sharing technologies with FCA and only if we can work out conditions that are satisfactory to us,” a Yokohama-based executive told the Reuters news service on Tuesday.

(For more about this potentially “transformative” merger, Click Here.)

Complicating matters, Renault retains a 43.4% stake in its Japanese ally. Before the FCA proposal was announced, the French automaker had been pressing for a full merger, something Nissan had rejected. That is now widely expected to go on the back burner, at least until the FCA  proposal is resolved.