Exterior Airbags Could Save Lives of Passengers and Pedestrians

ZF bag automatically triggers ahead of an collision. 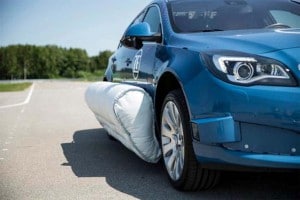 Auto supplier ZF has developed exterior airbags to help mitigate injuries to both vehicle occupants as well as pedestrians.

Today’s cars are loaded with smart safety systems, including technology like forward collision warning with automatic emergency braking, designed to prevent crashes. But when a crash does occur, airbags can substantially reduce the risk for vehicle occupants.

Today’s airbags can pop out of all sorts of nooks and crannies, including the steering wheel, the instrument panel and a vehicle’s headliner. But ZF has unveiled a new airbag concept that is mounted outside the vehicle where it can be triggered in the milliseconds before a crash occurs, rather than after an impact already has taken place.

“Occupant safety is paramount when developing new vehicles for automated and autonomous driving,” said Michael Büchsner, head of ZF’s Passive Safety Systems Division. “Our concept of the pre-crash external side airbag is a great example of how ZF wants to achieve its Vision Zero, a world without accidents and emissions.”

ZF isn’t the only automaker tinkering with the idea of mounting an airbag on a vehicle’s exterior, however. Back in 2013, Volvo began adding an airbag on the back end of the hood on some versions of its V40 model to help reduce injuries to pedestrians who might be struck by the station wagon. General Motors patented a similar concept. 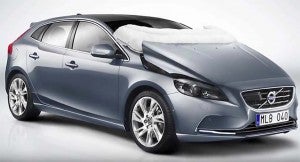 The ZF airbag concept essentially creates a cocoon around a vehicle. It uses radar, cameras and laser sensors to scan the road, looking for a potential impact. When one is imminent, and the impact is likely to hammer into the vehicle’s side, a bag pops out of the car’s sill plates in less than 100 milliseconds. Looking like an oversized cushion, it is meant to absorb some of the impact forces before the two vehicles actually come into contact.

According to the German supplier – which is best known for its advanced transmissions – the exterior airbags can cut the risk of having the impact intrude into the cabin by 30%, while reducing injury levels from 20 to 30%.

ZF said it is in talks with potential customers and we could see some manufacturers launching its exterior airbag system by 2021.

Passengers aren’t the only ones who could benefit from the concept, incidentally, ZF says the technology could prevent damage to the battery packs used in electric vehicles. A severe impact can cause them to short out and even catch fire, as has happened on at least several occasions involving Tesla products. 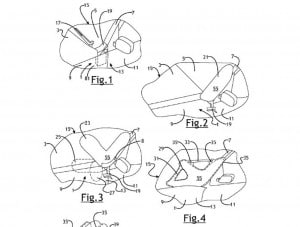 Not to be left out, even GM has a patented exterior airbag, although it hasn't been installed in any vehicles yet.

As for exterior airbags designed to protect pedestrians, when someone is struck we may say they’ve been run down but they are, as often as not, tossed into the air, typically landing on the vehicle’s hood and then making impact with the windshield.

The Volvo system places an airbag at the rear of the hood where it pops up to prevent a pedestrian – or animal – from slamming into the front glass. While it doesn’t do anything to reduce the initial impact of being hit by a vehicle’s grille, the automaker said it still could reduce injuries or even prevent a pedestrian’s death.

The GM system, which has yet to be put into production, could place airbags in a number of places, even up front, perhaps in the area surrounding a vehicle’s headlights or grille, to reduce initial impact forces.