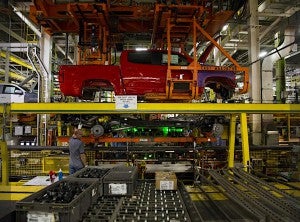 GM may invest as much as $1 billion into its Wentzville, Missouri plant that produces midsize trucks and full-size vans.

General Motors is apparently preparing for a major investment at its big truck assembly plant in Wentzville, Missouri, according to media reports from St. Louis.

GM officials are expected to meet with Missouri Governor Mike Parson to discuss what is described as a $1 billion expansion project at Wentzville, which currently employs 3,800 hourly and salaried employees, St Louis Today reported.

No details about the expansion have been disclosed but GM is expected to request a package of incentives from the state of Missouri to help pay for job training and retooling the plant, which is located about 40 miles from St. Louis.

“GM regularly meets with communities and officials to discuss mutual priorities. Although we have no announcements or information to share at this time, we appreciate the willingness of state officials in Missouri to work with us on potential opportunities within the state,” said GM spokeswoman Kim Carpenter.

The Wentzville plant, even though it covers more than 3.43 million square feet, is one of the most crowded in the GM manufacturing system, building the Chevrolet Colorado and GMC Canyon, GM’s midsized pickup trucks and the Chevrolet Express and GMC Savana, GM’s full-size vans. 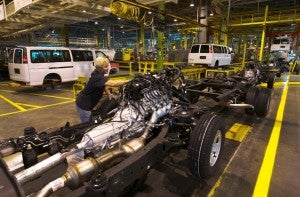 GM is reportedly meeting with Missouri Governor Mike Parson to talk about incentives for its Wentzville plant investment.

Only last October, GM added a third shift in the plant’s body shop to meet demand for full-size vans. GM also spent $40 million in the Wentzville for new robots and conveyor systems in 2017. Some of GM’s full-size van production had been transferred under a contract to a Navistar plant in Springfield, Ohio.

“GM has an industry-leading truck franchise and industry-leading electrification capabilities. I assure you we will not cede our leadership on either front,” Barra told analysts during the company’s first quarter earnings conference call.

“We intend to create an all-electric future that includes a complete range of EVs — including full-size pickups,” she said.

(To check out our review of the 2019 Chevrolet Colorado Z71 Crew Cab, Click Here.)

Meanwhile, the incentives offered by the State of Missouri have already been the subject of wrangling in the state legislature where Missouri’s Republican governor has found himself at odds with Republican legislators, according to press accounts.