No plans to purchase stake in rival Daimler, says CEO. 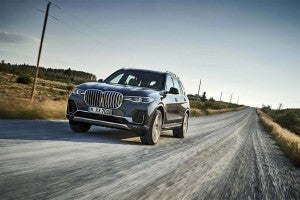 BMW's earnings fell despite a global increase in sales.

BMW earnings tumbled 75% for the first quarter, its automotive earnings plunging into the red, due to a $1.6 billion set-aside to cover fines resulting from a European antitrust probe, as well as higher investments in autonomous and electrified vehicles.

BMW actually saw an increase in vehicle deliveries during the first quarter of the year, but revenues slipped 1% to 22.5 billion euros, or $25.1 billion. Meanwhile, the anticipated antitrust fine and other factors drove group earnings down to 561 million euros, or $627 million.

Separately, the Bavarian automaker’s CEO Harald Kruger said he “can rule out” the possibility of taking even a small stake in its German rival Daimler, despite the two companies announcing a series of recent joint ventures, including one designed to share self-driving vehicle development efforts.

The automaker still managed to surprise analysts during the weak quarter, the consensus among analysts surveyed by FactSet forecasting a net profit of 489 million euros, on revenues of 22.13 billion euros. 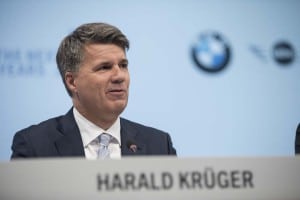 BMW's Harald Krueger has expanded the carmaker's ties with rival Daimler but sees no cross-holdings.

Kruger downplayed the problems of the first quarter, declaring in a statement released Tuesday morning that, “We remain firmly on course and expect business to benefit from tailwinds, especially in the second half of the year, as numerous new models become available.”

The automaker has revealed a number of new models in recent months, including some of its most expensive offerings, like the all-new X7 flagship SUV. It is also refreshing, and in some cases expanding, its line-up of both performance cars like the X3M and battery-based models such as the 7-Series plug-in hybrid.

Vehicle sales came in as a mixed bag during the quarter, with the BMW and Rolls-Royce brands posting gains, while the Mini brand suffered a decline reflecting weakened interest in small cars – especially in the SUV-crazed American market. Overall, the automaker sold 605,333 vehicles during the January-March period.

In the U.S., where overall sales have been on a downward slope this year, BMW sales were off by 2 percent. But the automaker managed to buck an even more serious slump in the Chinese market, new products helping it increase sales by 10% for the quarter.

The anti-trust allegations announced by the European Commission charge BMW, Daimler and Volkswagen all colluded to hold back on the development of technology that could substantially reduce vehicle emissions. 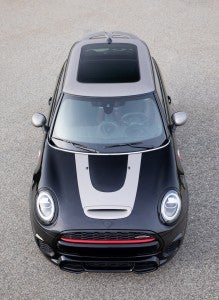 BMW brand sales may be up, but the Mini brand's numbers have slid as small car sales slump.

“As a result, European consumers may have been denied the opportunity to buy cars with the best available technology,” Margrethe Vestager, the bloc’s top competition official, said in a statement last month.

BMW countered that it was actually working with its rivals to find ways to improve the technology and did not come up with “secret agreements.” But the set-aside, charged to the first quarter, indicate it still expects a hefty fine.

On the investment front, BMW had previously signaled that it was ramping up efforts to expand its line-up of electrified vehicles – with new versions of virtually all product lines in the planning stages – as well as its autonomous vehicle program.

In February, the Bavarian company said it was locking down a joint venture with Daimler, first announced last year, to share mobility services. It followed a week later with an announcement that the two companies also would jointly develop autonomous vehicle technologies.

Despite their increasing cooperation, however, Kruger on Tuesday ruled out any possible financial cross-holdings.

The impact of an antitrust settlement is expected to drive down margins at BMW’s automotive operations to as low as 4.5 percent, but the company said it continues to anticipate vehicle sales will rise and that it is holding to margins of 8 to 10% on earnings before interest and taxes.

That optimism wasn’t reflected in terms of BMW’s stock price, which tumbled in European trading on Tuesday.

Discounting the automaker’s stated optimism, analysts at Evercore ISI wrote investors to say, “We remain skeptical regarding this optimism as we don’t see much stronger end-markets.”