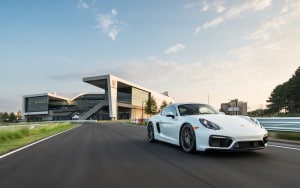 Porsche's reducing the carbon footprint of vehicles at its Experience Centers in Atlanta, above, and Los Angeles through its Impact program.

Porsche Cars North America is taking steps to reduce the carbon footprint of its customers in the U.S.

PCNA is moving to use carbon offsetting at U.S. Porsche Experience Centers in Atlanta and Los Angeles. It has enrolled all cars at its two Experience Centers – and its fleet in the monthly subscription pilot, Porsche Passport – in Porsche Impact, which has been available to customers in Germany, the UK, and Poland since late 2018.

“At Porsche, we are continually focused on innovative and sustainable business practices,” said Klaus Zellmer, president and CEO of PCNA.

Impact is a new program from Porsche Digital that enables owners to calculate emissions individually per car and then offset them by supporting environmentally friendly projects in the U.S. and worldwide. Following its corporate fleets, PCNA also will offer Porsche Impact to U.S. customers who want to reduce the carbon dioxide footprint of their internal-combustion engines. 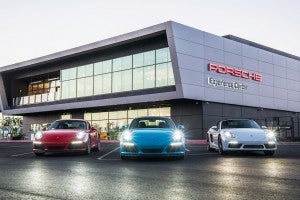 Porsche has enrolled the vehicles at its Experience Centers in Los Angeles, above, and Atlanta in a carbon offsetting program.

“Porsche Impact is another way for us and our customers to help offset carbon emissions as part of our goal to become the most sustainable premium sports car manufacturer in the world,” he said.

The Porsche Impact program, managed by South Pole, a Swiss-based provider of carbon offsetting and sustainability financing that has been active internationally for more than a decade, establishes PCNA as a carbon offsetting leader among U.S. auto importers and helps build a bridge between today and a carbon neutral future.

Customers in the U.S. will be able to enroll in Porsche Impact and use their vehicle’s annual mileage to determine the carbon dioxide generated and the corresponding level of financial contribution to neutralize emissions.

Porsche customers will be able to choose from four different internationally certified projects to support. The available programs are focused on forest protection in the U.S., hydropower in Vietnam, solar energy in Mexico, and species diversity in Zimbabwe. 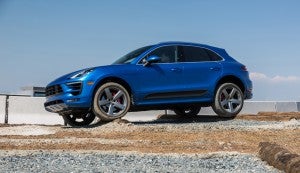 Porsche's Impact program is already in place in Germany, Poland and other European countries.

PCNA estimates it will offset more than 3.5 million miles of driving this year by 425 vehicles in its fleets at the centers in Atlanta and Los Angeles, as well as cars in the Porsche Passport subscription service and Porsche Drive short-term rental programs.

The two experience centers are popular destinations, with more than 335,000 visitors combined since opening in 2015 in Atlanta and 2016 in LA. Passport and Drive are set for expansion to four new markets in North America after a successful pilot in Atlanta.

For example, driving a 2019 Cayenne S for 10,000 miles a year would generate an offsetting contribution between approximately $67 and $152 annually, depending on which project the customer chooses to support.