Appeal of bail by prosecutors fails.

Carlos Ghosn's been released after posting $4.5 million bail. Aside from his previous bail conditions, he can only speak with his wife, Carole, with court permission.

Former Nissan Chairman Carlos Ghosn has been released from a Japanese detention center – again – after posting $4.5 million bail. His release, which was appealed by prosecutors, came with conditions, the most noteworthy being he must limit contact with his wife, Carole.

Ghosn was arrested the first time last November and released more than three months later on $9 million bail and some conditions. Prosecutors brought new charges against the former Nissan chief and he was jailed again.

He maintains he is innocent of all charges, including producing a video reiterating his innocence, blaming his arrest on Nissan executives. He also blamed the current executive team, led by CEO Hiroto Saikawa, on the falling profits the company is experiencing. He called the current leadership “sickening.”

Ghosn departed the detention center this morning in a dark suit and white shirt with no tie, Reuters reported. 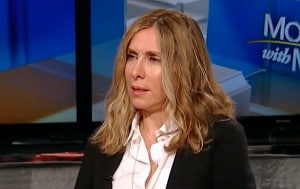 Carlos Ghosn may not speak with his wife, Carole, unless he gets permission from the court.

“I am grateful that bail has been granted and thankful for my family and supporters in Japan and around the world who fought for my release,” Ghosn said in a statement.

“No person should ever be indefinitely held in solitary confinement for the purpose of being forced into making a confession. But restricting communications and contact between my wife and me is cruel and unnecessary. We love each other very much, she answered all of the prosecutors’ questions in court, and she has done nothing wrong.

The Tokyo court kept the previous bail provisions intact, but added the limited contact with Carole Ghosn. He cannot contact her without permission from the court, according to his attorney. She was questioned by prosecutors earlier this month after Ghosn was re-arrested.

Additionally, the Tokyo District Court said Ghosn’s movements and communications will be closely monitored and restricted to prevent his fleeing the country and tampering with evidence, Reuters reported.

Ghosn has been charged with enriching himself at a cost of $5 million to Nissan, temporarily transferring personal financial losses to his employer’s books and understating his salary while he was running Nissan.

Carole Ghosn has been actively lobbying for her husband’s release, claiming the Japanese court system is unfair. She asked French President Emmanuel Macron to raise the topic with Japanese Prime Minister Shinzo Abe during meeting between the two Wednesday.

“What is happening in Tokyo to my husband worries me and all those who legitimately ask for respect, equality and protection from the justice system,” she said in a statement. Carlos Ghosn, a French citizen, deserves “the most basic rights to defend himself and a fair trial.”