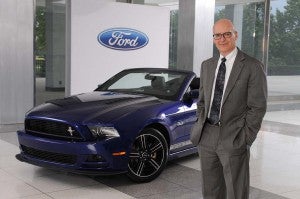 The automaker gave much of the credit to surging demand for its F-Series pickups, but also pointed to efforts to cut costs and improve productivity. But Ford officials also warned that an assortment of new product launches scheduled for the rest of the year, combined with a variety of challenges, could pose challenges for the rest of 2019.

(Ford investing $500m in battery-truckmaker Rivian. Click Here to find out why.)

Ford saw its net income tumble 34% year-over year to $1.15 billion. A key factor was the $600 million it faced in one-time charges. But the industry, as a whole, is facing a slowdown in the U.S. market, a downturn complicated by Ford’s decision to start dropping its traditional passenger car lines and shift its North American focus to SUVs, vans and pickups. 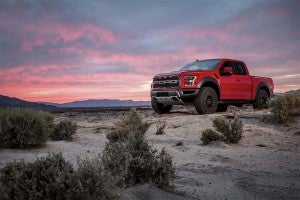 “Sentiment has improved, but there’s still some skepticism remaining,” said David Whiston, an analyst with Morningstar in Chicago, who rates Ford a buy.

“The old, stale product lineup is getting close to being refreshed in the U.S. and recent disclosures of cuts in Europe and South America are appealing.”

On a per-share basis, the number two domestic automaker’s adjusted profits came to 44 cents, well ahead of the 27-cent collective estimate by analysts polled by FactSet. The Wall Street gurus hit the mark on the revenue front, however, at $40.3 billion. But that was down from $41.96 billion a year ago.

Ford’s operating profit actually rose by $300 million, to $2.4 billion. That was mostly due to improvements in the North American market where margins rose nearly a full point, to 8.7%, reflecting higher prices for the light trucks that Ford is now focusing on. Shanks said the shift was worth “hundreds of millions of dollars.”

While the home market showed significant strength, Ford officials acknowledged the company is facing plenty of challenges in its key overseas market – its global share falling to 5.9% from the 6.5% share Ford held a year ago. It has been struggling in China, in particular, but hopes a wave of 30 new or updated products will help it regain momentum in the world’s largest automotive market.

Observers are waiting to see what steps the carmaker will take in South America, where it recently announced the closure of a major Brazilian plant. Ford CEO Jim Hackett declined to discuss speculation that Ford could pull out of Latin America entirely. 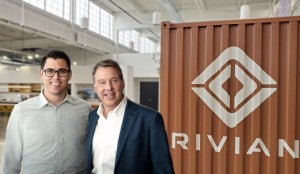 As for Europe, the automaker did turn a modest profit during the quarter but is still expected to make moves to further trim costs and improve sales.

Ford has been looking at a variety of ways to reshape its global operations. In January, it announced a joint venture with Volkswagen focused on commercial vehicles, and the two manufacturers continue to discuss other partnerships, notably looking at ways to team up on both electrified and autonomous vehicles. Despite delays, Shanks said the talks are “going very well.”

Ford is also expanding its alliance with Indian automaker Mahindra & Mahindra in an effort to gain a larger and more profitable foothold in what is expected to become the world’s second-largest automotive market in the coming decade.

The talks with VW underscore Ford’s increasing interest in alternative powertrain technology and new mobility services, key elements of the strategy CEO Hackett has been putting in place since being appointed to the post nearly two years ago.

There have been numerous questions about the specifics of his plan but key elements have begun falling into place, notably with Ford’s announcement earlier this week that it will invest $500 million in the Detroit-based Rivian. The start-up will provide Ford with a skateboard-like platform that will be used for at least one of its future battery-electric vehicles. The Rivian alliance comes on top of the $11 billion Hackett last year said Ford would spend on the development of battery-based vehicles.

The first-quarter earnings appear to be adding to the growing credibility Ford has earned on Wall Street. The automaker’s shares have traded as low as $7.41 over the last year, but have surged by nearly a quarter since the beginning of 2019. Part of that growing level of respect comes from a recent personnel decision.

“The hiring of Tim Stone from Amazon as CFO signals to Wall Street that Ford is serious about its transition to a new-age company,” David Kudla, chief investment strategist for Mainstay Capital Management, told Bloomberg News.

Ford will have to continue delivering strong numbers in the months to come, analysts have cautioned, if it hopes to push past the $10 mark, a figure it hasn’t seen since last August.

(Lincoln’s new Corsair is a small truck with a big role to play. Click Here to check it out.)