Search begins for plant site; 11 states in the running. 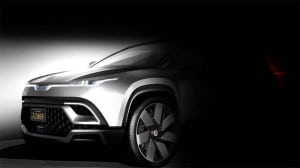 Fisker offers another teaser image of the all-electric Model Y fighter it's developing.

Veteran auto designer and automotive entrepreneur Henrik Fisker continues to press forward on the comeback trail, his new company offering another tease of the all-electric SUV it plans to roll out.

Perhaps more importantly, Fisker is signaling this is no pipe dream by announcing that he has hired another industry veteran, Don Jackson, to head manufacturing operations. At least 11 states are now in the running for the planned Fisker assembly plant.

“I share Fisker’s vision of driving mass electrification forward by producing more desirable EVs for the global market here in the United States, and I look forward to building a disruptive strategy that combines Fisker’s unique business model with the very best manufacturing processes that assure unparalleled results and outstanding, reliable products,” Jackson said in a statement.

A 40-year automotive veteran, Jackson served as president of manufacturing for Volkswagen of America’s assembly operations in Chattanooga, Tennessee, from 2008 to 2012. He previously worked as senior vice president of quality and production at Toyota’s Texas manufacturing operations. Since leaving VW, Jackson has served as a lean manufacturing consultant through Jackson Management Group LLC. 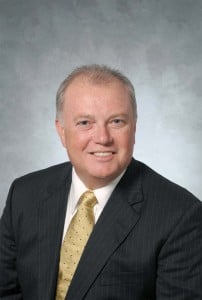 “Don has led operations for the largest OEMs, raising the bar in vehicle quality and reliability. We are delighted to have him join our team as we ramp up toward launch in 2021 and prepare to bring a more emotion-stirring, American-made EV design to people worldwide,” said Henrik Fisker.

Originally known as an automotive designer, credited with such industry icons as the Aston Martin DB9, Fisker is now making his third attempt to launch an eponymous car company. His previous effort, Fisker Automotive, launched early in the decade, concurrent with the debut of Tesla. Fisker, however, initially focused on a plug-in hybrid, the Karma.

The venture had a disastrous start and quickly went bust, its assets being sold to China’s Wanxiang Group which has relaunched the company as Karma Automotive. The original Fisker Karma is now known as the Revero. Adding to the potential confusion, Karma Automotive has begun teasing its own new product plans, including its first all-electric model.

(Karma set to reveal 3 new models in Shanghai. Click Here for a preview.)

Henrik Fisker announced plans to get back into the car design and manufacturing business two years ago, initially focusing on a sleek sports sedan dubbed EMotion. In line with the industry’s shifting sands, the start-up is now focusing on an all-electric crossover.

First revealed a month ago, the plan calls for it to be an “affordable” EV, priced to start at “below $40,000.” That would position it as a direct competitor to the upcoming Tesla Model Y, with both companies saying they want to be in production in 2021.

(Tesla debuts the Model Y SUV. Click Here to check it out.) 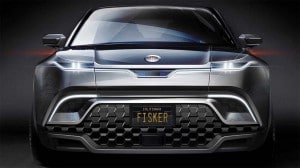 An earlier teaser of the Fisker CUV. It is promised to come in at a base price under $40,000.

Tesla does have the advantage of having its Fremont, California, assembly plant, but company officials have said they are still discussing manufacturing options and could, instead, opt to add a new assembly line at the Tesla Gigafactory battery plant in Reno, Nevada.

As for Fisker, it is now in an RFP planning stage and negotiating with at least 11 states, disclosing a list that currently includes: California, Georgia, Indiana, Kentucky, Michigan, Missouri, North Carolina, Ohio, Tennessee, Texas and Virginia. That’s up from eight states barely a month ago.

While there has been no timetable laid out, the basic challenges of setting up a plant would suggest Fisker would have to complete the search process quickly. In an interview with TheDetroitBureau.com last month, in fact, the Danish-born automotive veteran suggested the process could be completed in “six to eight weeks,” which would mean sometime in May.