Fiat Chrysler reached a settlement with the U.S. Justice Department about filing false sales reports. The terms of the deal weren't disclosed.

Those allegations spurred a separate federal investigation to determine if information filed with the  Securities and Exchange Commission gave shareholders an overly rosy impression of FCA’s financial situation. Those investigations are ongoing, FCA said. The settlement terms are confidential.

The lawsuit, which was filed in federal court in Chicago in January 2016, alleged racketeering, violations of antitrust laws and breach of contract. FCA twice won dismissal of the racketeering claim, but the rest of the charges are headed to trial this year, Bloomberg reported.

“FCA US is pleased we could reach an amicable resolution to this matter,’’ the company said in an emailed statement.

(“Unnatural acts” at Chrysler? Click Here for the story.)

Nicole Navas, a Justice Department spokeswoman, declined to comment on the status of the U.S. investigation, Bloomberg added. 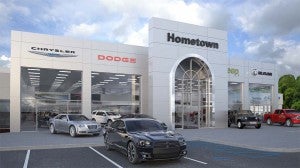 FCA is by no means the only automaker to have pushed the boundaries, according to industry insiders. But the feds want to know if it crossed the line into illegal actions. The probe has uncovered some of the steps FCA took to boost its sales.

Among other things, if the numbers were falling short, corporate officials would tell regional managers and dealers that the “unnatural acts department” was open, according to a report in the Wall Street Journal.

(Click Here for more about the sales reporting scandal.)

That was intended to motivate them to do pretty much whatever was necessary to boost sales. Some steps, such as offering especially attractive consumer incentives, were likely quite legal. But investigators are focusing on other, potentially more problematic actions, such as having a dealer shift cars into its test fleet and then reporting those vehicles as if they were sales.

How corporate executives intended that rallying cry to be interpreted could eventually serve as the foundation for any legal actions the government might take.

(To see more about FCA cutting a shift at the Canadian minivan plant, Click Here.)