Sales of the Pacifica have fallen 25% this year. 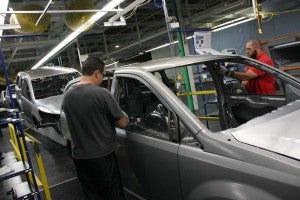 Fiat Chrysler is cutting a shift at its Windsor, Ontario plant. The move eliminates 1,500 jobs.

Facing a sharp drop in the sales of minivans, Fiat Chrysler Automobiles NV confirmed it will trim one shift at the automaker’s assembly plant in Windsor, Ontario, across the river from Detroit.

The cutbacks will result in the loss of 1,500 jobs at the plant and in untold number of job cuts at stamping plants on the other side of the Detroit River at factories in the U.S. that feed major components to the facility.

Up until now FCA managed to avoid major cuts in production similar to those that led to plant closings and shift reductions at plants operated by key rivals such as General Motors and Ford. Last year, Fiat Chrysler sold 270,000 Chrysler Pacifica and Dodge Grand Caravan minivans in the United States.

However, sales of minivans have fallen by almost 25% so far this year and FCA is reportedly considering introducing a less-expensive version of the Chrysler Pacifica, with a completely different name.

(FCA changes Windsor plant shut down due to Mexico strikes. Click Here for the story.) 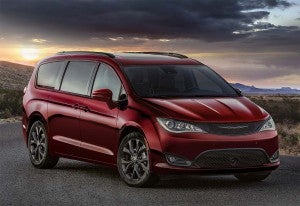 Sales of the Chrysler Pacifica have fallen 25% this year, causing FCA to eliminate a shift at the Canadian plant that builds them.

The Italian-American automaker said in a statement that the elimination of the shift, which will take effect on Sept. 30, was to address slowing global demand. Last month, Canadian media reported FCA planned to idle the Windsor plant for two weeks in April, the third time this year the plant has been temporarily closed to trim inventories of unsold vehicles.

FCA recently confirmed it is also cutting a third shift at an assembly plant in Belvidere, Illinois, which is used to assemble Jeep crossover vehicles.

(Click Here for details about our first drive in the 2019 Chrysler Pacifica Hybrid Limited.)

Notably absent from FCA announcement was the acrimony that has characterized GM’s decision to close an assembly plant in Oshawa, Ontario, outside of Toronto, which has led to a major row between GM and Unifor, the union that represents autoworkers in Canada. Unifor said the shutdown was not unexpected and noted FCA was considering put a new product into the plant