Toyota Warns Brexit Could Lead to Exit from Great Britain 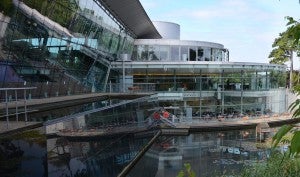 Toyota has joined the list carmakers, warning the government of Great Britain that it is prepared to phase out its operations in the United Kingdom without any kind of back-up plan that would protect the country’s vital links to the European Union.

“If the business environment becomes very difficult to operate, of course those types of decisions should be on the agenda,” Johan van Zyl, the Japanese company’s head of Europe, told reporters at the Geneva Motor Show. “But hopefully we will be able to avoid” a withdrawal.

The carmaker remains hopeful the U.K. and EU will reach an agreement on Brexit terms, van Zyl said.

With deadline of March 29 quickly approaching, the British have yet to put in place a plan for continuing trade with the European Union and minimize any kind of disruption. Brexit, as the plan to leave the European Union, was sold to voters in 2016 with the promise that Britain’s economy would grow free of the shackles. 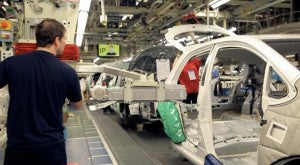 Toyota officials are prepared to exit their facilities in Great Britain, including their production facility in Burnaston.

However, carmakers, one of the largest and most important parts of Great Britain’s remaining manufacturing base, have long warned in order to survive, Britain’s car factories ultimately need and depend on the free movement of components and vehicles across the EU.

Executives from the auto industry have become increasing vocal about the dangers about a chaotic Brexit but, so far, their warnings seem to have fallen on deaf ears in Parliament.

The Toyota warning comes on the heels of a decision last month by Nissan to shelve plans to build the X-Trail sport utility vehicle in England and Honda Motor Co.’s announcement to end production in the country in 2021. Ford Motor Co. and Jaguar Land Rover, the largest car company operating in Great Britain, also have announced plans to scale operations in Britain.

The move to cut production in the United Kingdom also being driven by the slowdown in car sales in across England that have gone into tailspin due to the economic uncertainty created by Brexit. 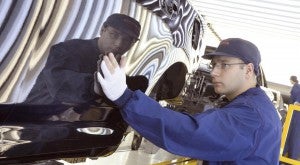 The lack of a no-issue Brexit is beginning to make Toyota mull leaving the country.

Britain has long been a Japanese hub for European auto production, with Honda, Nissan and Toyota owning three of the country’s six largest factories.

In 2017, Toyota announced plans for $316 million investment to produce the new version of the Corolla in England and upgrade its vehicle platform, and now produces about 180,000 of the cars a year at its plant in the town of Burnaston.

“If there is a bad Brexit, we will need to look at future investments,” he said. The carmaker may need to make decisions about the production of the next Corolla before the current version reaches the end of its model cycle in about 2023, Zyl said.

Among the carmakers operating in Great Britain are the potential tariffs they could be forced to pay on parts imported from Europe, which would drive up costs of building cars in the British Isles while raising the price of any cars made in Britain that are sold in the European Union.

Since British assembly plants, particularly those operated by Japanese automakers, churn out small cars and cross over vehicles, the principal market for British exports is the European Union and there are few alternatives.