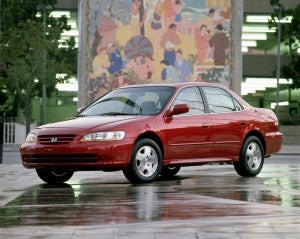 American Honda’s Takata nightmare continues with a voluntarily recall of about 1.1 million Acura and Honda vehicles in the United States to replace, for free, Takata desiccated replacement driver front airbag inflators that may rupture if an airbag deploys in a crash.

Takata’s faulty airbags triggered the largest automotive recall in history. The airbags deployed with such force that pieces of plastic and metal were propelled into the vehicle cabin killing nearly two dozen and injuring more than 125 people.

The automaker is making the announcement on the new recall because of the dangers involved in the initial replacement parts. New parts are available from alternate suppliers and repairs can begin immediately, the company notes.

(Millions more vehicles with Takata yet to face recall. Click Here for the story.)

The company is making free rental cars available for the day – or overnight if the repair cannot be completed in one day. Owners will be notified by mail early next month. Owners may also check their vehicles’ recall status now at www.recalls.acura.com and www.recalls.honda.com or by calling (888) 234-2138.

Honda initially became aware of a potential issue after a single-vehicle crash involving a 2004 Honda Odyssey. The vehicle’s driver front airbag deployed and the Takata PSDI-5D replacement inflator ruptured, causing an injury to the driver’s arm.

Moisture within the sealed inflator may lead to accelerated propellant degradation over time, leading to higher than normal inflator pressure upon airbag deployment. If a recalled driver front airbag deploys in a crash, its inflator may rupture, potentially shooting sharp metal fragments at the driver and passengers.

Nearly 2 million vehicles have been recalled this month to replace airbag inflators blamed for dozens of deaths around the world, but millions more are expected to be targeted in the U.S. alone by early next year.

The Takata airbag recall is not only the largest safety-related service action in U.S. history, but also the longest-running recall, with the first advisories going out to vehicle owners back in 2001. It took years for industry leaders, regulators and safety experts to agree on the extent of the problem, but it is now dragging out due to a shortage of replacement inflators.

The latest recall involving the Takata airbag systems was announced this past week and covers 1.7 million vehicles sold by BMW, Daimler Vans, Ferrari, Mercedes-Benz, Subaru, Tesla and Volkswagen. Subaru has the most vehicles involved in the new recall, 826,144 of its Forester, Legacy and Outback models produced from 2010 to 2014. Ferrari has the smallest number of products covered by the recall, but the total still comes to 11,176 produced during the 2014 to 2018 model-years.