Daimler Expects Acquisition Will Speed Up Launch of Self-Driving Trucks

Level 2 rigs to debut this year, with Level 4 trucks to follow. 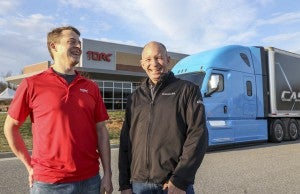 Daimler Trucks, the parent of brands like Freightliner, has purchased a majority stake in Virginia-based Torc Robotics, a move it expects will help it speed up the commercialization of automated trucking.

No price tag for the deal was announced but Daimler board member Martin Daum said Torc will now be closely integrated into the German company’s broader push to develop self-driving vehicles, including both trucks and passenger cars. Torc, however, will focus specifically on the truck side of its program.

“For our customers and our economy, (the) potential for autonomous driving is tremendous,” said Daum, during a media teleconference on Friday morning.

(Geely Gets Smart with Daimler. Click Here for the story.)

Transportation experts believe there are significant opportunities to be had by automating everything from delivery vehicles to big 18-wheelers: 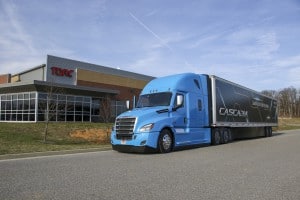 Daimler Trucks will integrate Torc into its autonomous truck plans to accelerate development.

Founded in 2005, Torc Robotics has been considered one of the leaders in autonomous vehicle research and currently focuses on a variety of different industries, including mining and military, as well as trucking. Daimler officials said Torc will continue to work in those fields and will be allowed to continue to partner with other original equipment manufacturers.

But it will now partner closely with Daimler’s in-house automation program. The Virginia-based subsidiary will stay focused on the trucking side of that effort, with global mega-supplier Bosch targeting the passenger vehicle side.

The plan calls for Daimler and Torc to move rather quickly. Prototype trucks using Level 2 technology were produced last year and formal production will get underway by the end of 2019. Here, the trucks will have advanced driver assistance technologies that will allow for limited hands-free operation but still require a driver behind the wheel. 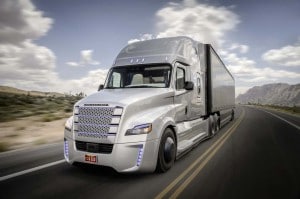 Daimler is testing its autonomous Freightliner Inspiration truck in Germany and the U.S.

The next step will be to jump up to Level 4 capability. Here, the trucks will be able to operate completely on their own, albeit in carefully defined areas under good weather conditions. Initially, the focus will be on using them on “hub-to-hub” routes, say, between a port and a distribution center.

The exact timing for the launch of these more advanced trucks isn’t clear yet, however, Daum saying that the new partners will likely need about two years to be able to fully define their roll-out strategy. But they are confident, he said, that Level 4-capable trucks will be in widespread use by the end of the coming decade.

Torc, he noted, has already been testing various forms of autonomous technology in 20 states and even had some trucks travel coast-to-coast, “without any accidents.”

The partners said that development work on Level 4 technology will be focused in the U.S. but ultimately will be rolled out worldwide.

There are still plenty of issues to be resolved, including necessary regulatory issues. But Daimler is just one of many companies now working on autonomous truck technology and many experts believe it will become the norm in the coming decades.