VW-Ford Continue to Run Into Problems With Alliance Plans

When Volkswagen and Ford announced a joint venture focused on light commercial vehicles last month, the two automakers also confirmed they were looking at a variety of other possible partnerships – including autonomous and electrified vehicles – but there are growing signs that the negotiations aren’t going as well as expected in several areas.

As TheDetroitBureau.com reported earlier this week, talks on aligning VW and Ford electric vehicle programs are faltering because of significant differences in strategy – and now, reports the Reuters news service, there may be serious challenges surfacing that could prevent them from teaming up on the development of autonomous vehicles, as well.

The key issue, the news service says, is Ford’s demand that the German carmaker invest at least $500 million in its own autonomous vehicle program. That would be in line with the investment Honda recently made when it decided to partner up with General Motors on autonomous vehicle research.

Ahead of the announcement of the light commercial vehicle project last month, Ford and VW sources talked confidently about plans to expand into any number of additional ventures, signing memorandums of understanding covering both autonomous and electrified vehicles.

But there are signs that a number of the ongoing discussions are proving difficult to bring to fruition. 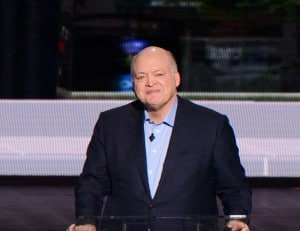 Their two electric vehicle programs are out of sync, “almost like snowboarding and skiing,” Jim Farley, Ford’s President of Global Markets, said during a taping of the TV show Autoline Detroit, on Monday.

While Farley didn’t confirm the project was dead he implied it could be difficult to bring together, at least in the near-term.

Now, according to Reuters, the autonomous project is also running into problems. The question is why.

The new report suggests that there may be issues concerning the valuation of the current Volkswagen autonomous vehicle development program, something that CEO Herbert Diess has called one of the automaker’s highest priorities.

For its part, Ford appears to be seeking an investment of at least $500 million, and perhaps $1 billion, in its program. Ford last July announced it would invest $4 billion of its own money in autonomous vehicle research through its newly created Ford Autonomous Vehicles LLC subsidiary. That included $1 billion spent for Argo AI, a Pittsburgh-based venture it had previously acquired.

The purchase of Argo was Ford’s response to GM’s acquisition of San Francisco-based Cruise Automation. GM, through Cruise, has targeted launching an autonomous ride sharing service sometime in 2019. That operation would take aim at Waymo One, the self-driving taxi service launched by Google spin-off Waymo in December 2018.

Ford has expressed interest in launching its own autonomous ride-sharing service but has been reluctant to set a public timetable.

Ford's Jim Farley described the points of view between Ford and VW on autonomous vehicles as being like "snowboarding and skiing."

Even if VW comes in with an investment of $1 billion that would be significantly less than the $2.75 billion Honda agreed to commit to the Cruise-based R&D program set up by General Motors. And Japanese tech investment firm SoftBank has taken a stake of $2.25 billion.

Despite the reports of trouble, Ford and Volkswagen have not given up on finding a way to work together on autonomous vehicles and other new projects.

“We are still in ongoing negotiations with Ford, which we are conducting constructively and openly,” VW said in a statement.

“Our talks with Volkswagen continue,” Ford said in its own statement. “Discussions have been productive across a number of areas. We’ll share updates as details become more firm.”