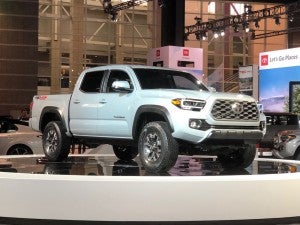 The 111th edition of the Chicago Auto Show is in its second day and plenty of news has already been made. As expected we’ve seen plenty of new trucks, crossovers and sport-utes to make their debuts. While those three dominated the debuts in the Windy City, they weren’t  the only unveilings.

The show attracts the biggest executives and industry watchers, and watching them will be TheDetroitBureau.com, We continue to cover the show, bringing you news as it happens — and even before in many instances. Check back often as the site is updated regularly.