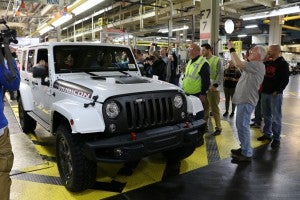 Sales of the Jeep Wrangler helped push Fiat Chrysler to a 14% sales increase in December.

Fiat Chrysler Automobiles continued to post strong sales numbers during December as it finished 2018 on a high note, while rivals General Motors, Ford and Toyota reported sales declines despite a heavy marketing push during the holiday season.

FCA enjoyed a 14% sales increase for month, while Ford reported an 8.8% drop and Toyota sales fell by 1.1%. Nissan Group reported a 7.6% increase and American Honda reported a 3.9% increase in December as sales of trucks, crossovers and SUVS. continued to drive the new vehicle market.

“This year’s performance underscores the efforts we undertook to realign our production to give U.S. consumers more Jeep vehicles and Ram pickup trucks,” Head of U.S. Sales Reid Bigland said. “We see sales remaining solid in 2019 and we look forward to expanding our vehicle portfolio with the addition of the much anticipated Jeep Gladiator.”

Ford reported overall sales were down 8.8%, but the F-Series pickup remained the best-selling vehicle in the U.S.

GM reported a 2.7% decline for the fourth quarter. Last year, GM elected to move to reporting sales quarterly rather than monthly as its competitors do – until now. Ford announced it would be joining GM in reporting its sales quarterly as well.

“We have built the most successful pickup, SUV and crossover business in the industry and we gained considerable momentum in the fourth quarter of 2018 as dealers began delivering the all-new Chevrolet Silverado, GMC Sierra and Cadillac XT4,” said Kurt McNeil, U.S. vice president, Sales Operations.

McNeil added GM feels confident heading into 2019 because the company has more major truck and crossover launches coming during the year and the U.S. economy is strong.

Trucks also lifted Ford despite the drop in December sales, which the company blamed on the timing of fleet sales. More than 29% of Ford’s total sales are fleet-oriented. 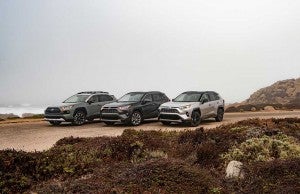 Toyota's RAV4 was the best-selling sport-utility vehicle in the U.S. in 2018.

(Click Here for more about NADA predicting new car sales will be down in 2019.)

“What a tremendous finish to our year,” said Jack Hollis, group vice president and general manager, Toyota division. “That sales momentum is carrying over into the new year with the launch of the new RAV4, the best-selling SUV in the U.S., the all-new Corolla, coming to dealerships in March, and the return of the legendary Toyota Supra. We are truly encouraged by what should be an incredible 2019.” 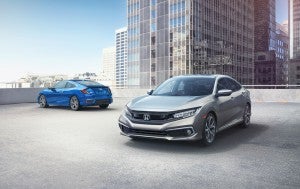 The Honda Civic was once again the best-selling small car in the U.S.

Honda also reported it had a good month in December.

“In 2018, we took advantage of the continued consumer shift toward light-trucks, contributing to another record year for our Honda and Acura light-truck businesses,” said Henio Arcangeli Jr., senior vice president of the American Honda Automobile Division.

“In addition to our light-truck success, our passenger car business also delivered another strong year, with Civic retaining its crown in 2018 as the best-selling retail compact car in America for nine years running and Accord commanding the highest transaction prices in the midsize segment. We remain bullish on the passenger car business and look forward to another great year in 2019 across our entire Honda and Acura lineups,” he added.