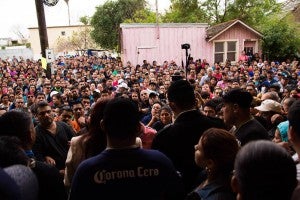 A series of wildcat strikes in the maquiladora plants in Matamoros, Mexico, along the U.S.-Mexican border near Brownsville, Texas, could threaten auto production across North America.

More than 30,000 Mexican workers have been involved in the strikes, which have hit factories owned by a number of automotive suppliers, among them prominent companies such as Inteva, Delphi, Dura and Key Safety Systems.

The walkouts, which have been described by some observers as the largest industrial strike in North America in decades, also have hit plants belonging to a number of aerospace, textile and electronics firms that during the past four decades have set up plants on the Mexican side of the border in search of cheap labor.

Harley Shaiken, a University of California professor and an expert on labor issues in the U.S. and Mexico, said the strikes in Matamoros are unprecedented and indicate that the workers are not only demanding higher wages from their employers but are also engaged in a pitched battle with their nominal union, the CTM.

“This is historic,” said Shaiken, who noted the Brownsville-Matamoros region houses a huge industrial complex. “A wildcat strike this large in the maquiladoras is unprecedented.” 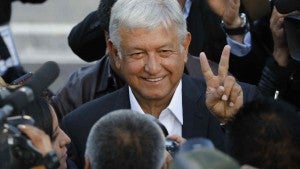 Mexican President Andres Manuel Lopez Obrador is sympathetic to the striking workers along the Mexico-Texas border.

Throughout the years, the CTM has operated as a labor cartel along the border or “the frontera” as it’s known in Mexico. The CTM utilizes advantages written in Mexican labor law to negotiate contracts heavily tilted in favor of the employers rather than its erstwhile members, who, in many instances, may not even know they are covered by contracts.

“If you are going to build a plant in Mexico, you find an agent to buy the land and hire a construction company to build the factory and they you also sign up a labor union,” said Shaiken. Mexican economic policy has aimed to keep wages low in the name of competitiveness, but the system of pro-employer labor contracts also works to suppress wages by limiting demands for higher pay.

Shaiken, however, noted that in one of his first acts since taking office in December, Mexico’s new president, Andrés Manuel López Obrador, raised the minimum wage. The protests in Matamoros appear to have begun when employers and the CTM refused to boost the wages of workers making more than the minimum wage by a corresponding amount, said Shaiken.

Shaiken said Obrador is wary of antagonizing international investors but he is also trying deliver on the promises made to improve the lot of working people across Mexico. But he is also facing a lot of opposition from entrenched interests, including the CTM, Shaiken said.

Meanwhile, observers noted that the Mayor of Matamoros, an Obrador supporter, has offered words of sympathy and support to the workers participating in the strikes. 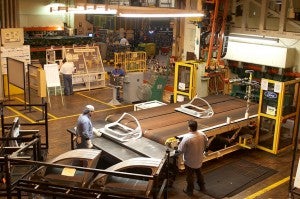 Strikes by workers at suppliers in Mexico, if they continue, may start impacting U.S. automakers.

The wildcat strikes that have swept across Matamoros also illuminate one of the underlying problems that has been inherent in the North American Free Trade Agreement, which is the need to loosen the grip the Mexican labor cartel has on wages in Mexico, he said.

Obrador, however, also favors the reform of Mexico labor law, according to the publication Labor Notes.

Democrats, who now control the U.S. House of Representatives, have vowed that the Trump administration’s much ballyhooed rewrite of NAFTA will not be approved by the House without major changes to Mexican labor law that would make it easier for independent unions to operate throughout Mexico.

The current protests in Matamoros appear to have little to do with the controversy over Trump’s border wall, which has shut down a significant part of the U.S. government.

However, the dispute does underscore the broad nature of the cross-border traffic on border between Mexico and the states of Texas, which has helped make many Texans, including many Republicans, wary of Trump’s wall. In fact, the Brownsville Economic Development Corp. emphasize the close ties to Mexico on its website.

“A total of 50 companies form the automotive cluster in Matamoros, and that number nearly doubles when we add the existing companies operating out of Brownsville,” the BEDC website notes.

“The Borderplex’ proximity to Mexico has made the region an ideal candidate for companies seeking to supply the automotive market in Mexico, or to establish automotive manufacturing operations as stand-alone entities.”