Updated safety rules may not be complete until late 2020. 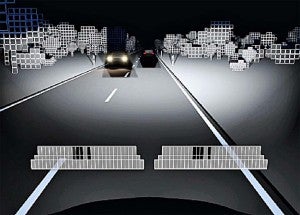 This schematic shows how Adaptive Driving Beams, or ADB, can selectively reshape their lighting to prevent glare for other motorists.

Your car is still operating back in the 1960s – at least when it comes to its headlights, anyway.

Sure, it might use new bi-xenon or even LED bulbs, rather than ancient incandescent technology, but the National Highway Traffic Safety Administration has yet to revise lighting standards that have gone virtually unchanged for a half century, delaying implementation of breakthrough systems that are saving lives in much of the rest of the world.

“We have millions of cars around the world” using the latest lighting technology, said Steffen Pietzonka, a senior marketing executive with Hella, one of the world’s largest suppliers of automotive lighting, “but not in the U.S., because American (lighting) regulations date back to the 1960s.”

On the positive side, the National Highway Traffic Safety Administration began the process of updating those standards last autumn, but the process ground to a halt as the federal government headed into shutdown last month. Now, even as NHTSA and other agencies are trying to get their operations started back up, however, President Donald Trump is threatening a second shutdown if he doesn’t get the deal he demands for funding a wall along the southern U.S. border. 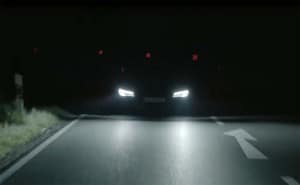 Audi's laser headlamps are brighter than conventional lights so the maker's adjusted the lights to prevent glare.

At the best now, observers believe, it will likely take until late 2020 to revise current lighting rules and several more years before new technologies can actually go into production on vehicles that will be sold in the U.S.

Nonetheless, “We’re positive about the direction things are heading in,” said Matthew Brumbelow, senior research engineer with the Insurance Institute for Highway Safety, adding that the anticipated changes “will save lives on the road.”

There are a number of new lighting technologies that have come to market in recent years – in Europe and Asia, that is, and even Canada. These include laser lighting first introduced on the BMW i8 sports car mid-decade. Now available outside the U.S. on several models, including the newly updated 7-Series, it can blast light as much as a third of a mile down the road, several times further than conventional headlights.

“There’s no question that the lights out there on the majority of cars on U.S. roadways are not really adequate for use at speeds above 45 miles per hour on unlit roads,” said Greg Brannon, director of automotive engineering for AAA.

The big problem that has led NHTSA to stall the use of advanced lighting technology is the issue of glare. If you were simply opting for more powerful headlamps, like the BMW Laserlight, you’d routinely blind both oncoming drivers as well as those in vehicles ahead. 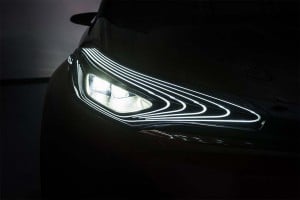 That’s an issue another new technology, dubbed ADB, is meant to address. Short for Adaptive Driving Beams, these systems use cameras and other sensors to scan the road ahead, looking for both headlights and taillights. When other vehicles are too close, ADB reshapes or blocks out part of the light beam to prevent glare.

The newest ADB systems can even be used to light up a potential obstacle, such as a deer or a pedestrian. This can be done so precisely that “You can highlight a person walking along the road but not their head so you don’t blind them,” said Hella’s Pietzonka.

Like many of the new safety technologies that have emerged over the last several decades, automakers are charging a premium for laser headlamps and ADB systems, noted Steve Lietaert, Hella’s U.S. president. But, “many consumers are willing to pay more” for the added protection such technologies offer.

And, Lietaert said, lighting systems are expected to follow the path followed by technologies like electronic stability control, forward collision warning and blind spot detection, with “prices coming down rapidly” as they get into high-volume production.

(Autonomous vehicles may be further away than promised. Click Here for more.)