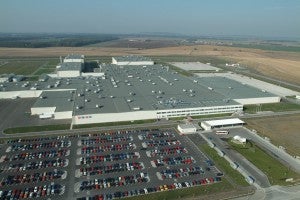 Toyota will take full ownership of the plant in the Czech Republic it shares with PSA in 2021.

Toyota Motor Corp. and PSA, the Paris-based automaker that operates Peugeot, Citroen and Opel, have made a deal to expand their long-term partnership in the European market.

Under the terms of the new agreement, PSA will expand the range of commercial vehicles that it supplies to Toyota for sale in Europe under the Toyota brand starting in fourth quarter of 2019.

In return, Toyota will take full financial ownership, starting in 2021, of the Toyota Peugeot Citroën Automobile Czech joint-venture plant in Czech Republic, which produces the compact A-segment models, which Toyota will continue to build.

The facility, located in Kolin, started operation in 2005 and in 2017 built 199 000 vehicles for the three brands — Peugeot 108, Citroën C1, Toyota Aygof. The plant will become a subsidiary of TME, joining the seven other plants Toyota already operates in Europe.

(PSA makes Opel profitable a year after buying it from GM. Click Here for the story.)

“We open a new chapter of our successful and mutually beneficial partnership, based on our trusting relationship for the best advantage of our clients, and our companies,” said Carlos Tavares, chairman of Groupe PSA’s Managing Board, hailed the broadening of the relationship with Toyota. 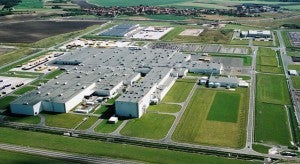 The plant in Vigo, Spain, continues to build vehicles for Toyota and PSA.

“Our agreement allows each company to play to its strength while sharing technology and development costs. Our commitment to the Kolin plant demonstrates Toyota’s philosophy of producing cars where we sell them and our long-term manufacturing presence in Europe.”

The TPCA joint venture was created by PSA and TMC in 2002 and included a review clause that allowed each partner to reconsider their shareholding as time passed.

PSA and TME originally launched their collaboration on midsize light-commercial vehicles in 2012, with the Toyota Proace produced at Groupe PSA’s Hordain plant, France. The Hordain plant in France opened in 1992 and last year built 135,000 vehicles for the three models, including the Peugeot Expert/Traveller, Citroën Jumpy/Spacetourer and Toyota Proace.