Next repair should solve problem permanently. 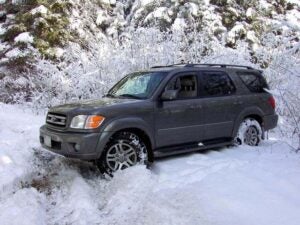 Toyota cannot seem to shake free of former airbag supplier, Takata; however, the news related to the now-defunct supplier responsible for the largest automotive recall in history is good.

The Japanese automaker is announcing its plans to replace airbags in 65,000 Toyota and Lexus vehicles in the U.S. one year ahead of time. These are vehicles that have already had the airbags replaced, but need a second replacement to ultimately solve the problem.

The second time around the replacements will made with non-Takata airbags at no cost, the company noted.

The recall announced on Wednesday affects certain Toyota Corolla, Sequoia, Tundra and Lexus vehicles which were made between 2002 and 2005.

(Ford, Mazda expand “Do Not Drive” Takata recall. Click Here for the story.)

Takata and its U.S. entity TK Holdings Inc filed for bankruptcy in June last year after recalling more than 100 million of its airbag inflators worldwide as they could inflate with too much force and spray metal fragments into the cabin.

Toyota was one of more than a dozen automakers that used the potentially deadly components. In all nearly two dozen people were killed and hundreds were injured by the inflators. The recall became so unwieldy that the National Highway Traffic Safety Administration had to take over the governance of the five-phase plan in May 2016.

The company paid out more than $1.5 billion in damages to automakers to cover injuries, loss of value and other costs incurred. Ford Motor Co. and Takata reached a $299 million deal earlier this year.

The deal covers about 6 million Ford vehicles with the inflators.