Asian Car Brands: Least Expensive to Repair and Most Reliable

Mazda leads in lowest repair costs for a brand. 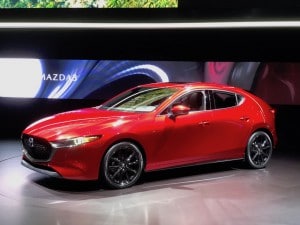 Mazda is the automotive brand that is likely to cost the least to repair, averaging less than $300.

With automakers everywhere throwing big red ribbons on top of their cars, trucks and utes telling us ‘tis the season to get a new vehicle, perhaps its best to know which of these new vehicles, or at least the brands, will cost you the least to repair.

That would be Mazda and Kia, according to CarMD, which recently released its annual analysis of 2018 Vehicle Health Index Make and Model Reliability Rankings.

Mazda’s cost an average of $286 to repair while Kia’s jump to $320. Following those are Dodge, Hyundai and Chrysler.

CarMD has published these guides annually since 2011. They measure the frequency of repairs and repair costs this year for vehicles starting with model year 1996 to new vehicles, not including tire and brake issues or maintenance such as oil changes.

(Mazda shows off “matured” design for new Mazda3. Click Here for the story.)

While Mazda and Kia topped the brand rankings the least expensive vehicles to fix were led by a couple of Hyundais, Kia’s sister company. Here’s the top 10 list of cheapest cars to repair. 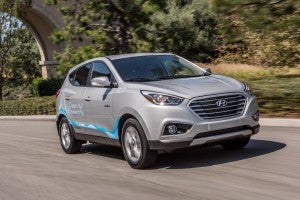 The 2017 Hyundai Tucson was the least expensive car to fix, averaging $67 a repair.

(Click Here to see why Kia has more Soul(s) than ever.)

Although it’s good to have your average repair costs be low, it would be better to not even be in the shop at all. CarMD examined that as well, and its top 10 list leads with a bit of a surprise: an Audi.

(To see why Honda Insight captured Green Car of the Year, Click Here.)