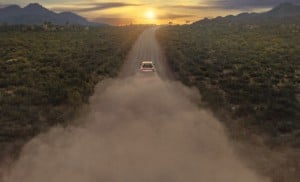 Rivian's new R1T electric truck is blazing a trail to its debut at the Los Angeles International Auto Show.

It wasn’t long ago that when an electric vehicle was going to be announced it was big news. Now, the declaration of a new EV, even a new company making EVs, requires a bit of flair to get attention.

Rivian Automotive went for the flair with the release of video of its new Rivian R1T and the all-new 3-row 7-passenger SUV will be named Rivian R1S “all-electric adventure vehicles.” They’ll debut at the upcoming Los Angeles International Auto Show.

The 57-second video, entitled “The Electric Adventure Begins,” actually doesn’t reveal either of the vehicles until the end, and even then it’s a far away shot of the fast moving vehicle on a dirt road, kicking up dust.

Rivian officials say the new vehicles “promise impressive on- and off-road performance figures and class-leading specifications including range, power, torque and off-road articulation. These vehicles are set to demonstrate that electric vehicle technology is now able to deliver durable, long-range on- and off-road capability to consumers.” 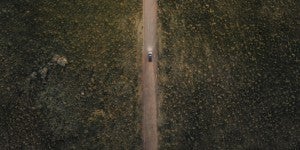 Rivian's R1T Electric Adventure Vehicle was the focus of the company's short video announcing its debut in Los Angeles later this month.

That translates to the vehicles being semi-autonomous, delivering a driving range of over 400 miles and being designed for excellent on-road and off-road driving, according to the company’s website.

The company, which came to life in 2009, was founded byR.J. Scaringe, an MITengineering Ph.D graduate, who named the company after Florida’s Indian River, which flowed behind his childhood home.

Specs on the new vehicles aren’t yet available, but the company employs 500 people at five locations across the U.S. with the company’s headquarters as well as its Vehicle Development and Design in Plymouth, Michigan.

Additionally, Battery, Powertrain, Controls and Integration are in Irvine, California; Self-Driving and Digital Experience in San Jose, California; Advanced Engineering in the United Kingdom and Manufacturing at a 2.6 million sq-ft production facility south of Chicago in Normal, Illinois.

Rivian expects to double employee numbers as it ramps up to full production, the company said in a release. The R1T pickup and the R1S SUV will be delivered to customers starting in 2020, which puts it behind a slew of other established companies, such as Tesla and General Motors, as well as new players like Bollinger Motors and Byton.

It does appear to be ahead of Faraday Future; however.