Millennials Spending Big on Cars — With Auto Loans to Match 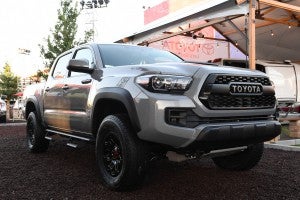 Texas millennials have higher auto debt than anywhere else in the country, largely because they purchase trucks.

The adage says everything is bigger in Texas. Well, when it comes to car loans, it’s true.

A new survey by Lending Tree reveals that millennials in the Lone Star State are spending big on new vehicles – trucks – and have the large car loans to prove it. Texas is the nation’s largest consumer of new trucks, which are typically not cheap.

More than 25% of all registered vehicles in Texas in December 2017 were privately owned, non-fleet trucks. Ford F-Series trucks sold at a national average transaction price of $46,600 per truck in September. Texans prefer trucks to the point that six manufacturers — GMC, Ram, Ford, Nissan, Chevy and Toyota — have Texas-edition trucks in their line-up.

The city with the largest average car loan is McAllen, Texas. It’s not just tops, according to Lending Tree, McAllen is a strong outlier. Millennials here have a median auto debt 13% higher than the No. 2 city on this list. The average balance of $31,598 is $5,000 more than Houston.

(New vehicle prices continue to rise into the fourth quarter. Click Here to find out why.)

“The big difference between median and average debt in McAllen suggests that millennials are buying more expensive cars, not just taking longer to pay them,” said Kali McFadden, LendingTree’s senior research analyst who led the study. 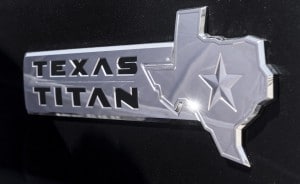 In fact, four of the top five cities where millennials have the largest vehicle loans are in Texas and No. 5 is in the state next door, Louisiana.

In a delicious bit of irony, Detroit – which recently went through the largest municipal bankruptcy in history – has the lowest levels of millennial auto debt on the list with a median debt of $10,841 as well as the lowest average debt of $14,573. It also has the lowest number of millennials living in the metro area at just 18.8% of the area’s 4.3 million people.

Millennials are believed to have prevented a giant sales fall off for the auto industry.

Overall, the Great Lakes region’s metro areas were in the bottom when it came to auto debt. After Detroit, millennials in Rochester, New York; Grand Rapids, Michigan; Toledo, Ohio; and Cleveland carry the lowest median auto debts, at $12,165, $12,429, $12,678 and $12,717 respectively.

Allan Jones, a native of Rochester who’s owned his Ford F-150 since 1997, said that most residents of the city don’t seem to be attentive to pristine car appearances. “The important thing is that it runs,” he said. Old car bodies “end up looking like lace, with pockets and holes from the salty wet eating them.”

(To see what automakers brought to SEMA this year, Click Here.)

In order to cut down on millennial auto debt, Lending Tree recommends paying every two weeks instead of month. By doing this, owners are just paying half of it early, which knocks down the amount paid in interest. It works because your interest rate is just that — a rate based on time and how much is owed. The interest rate is not a set amount of what must be paid, so by paying early early, owners end up paying a lower amount of interest.