Kia Offers Another Sneak Peek of 2020 Soul Ahead of L.A. Show

Third-gen Soul gets a slew of interior and exterior updates. 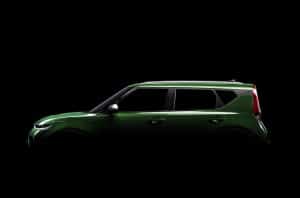 Kia offered up a second round of teaser photos of the 2020 Soul in advance of the L.A. Auto Show.

Kia continued its slow tease of the updated 2020 Soul with a more revealing look of the small car’s exterior as well as some interior components as well.

The all-new 2020 Soul crossover will make its world debut Nov. 28, at the LA Auto Show’s AutoMobility LA.  The new version is “(i)nstantly recognizable and thoroughly modern,” according to Kia. The new version comes with a slew of new technology, advanced driver assistance systems and more interior room, especially cargo space.

It also comes with a new version, the rugged X-Line, which will be offered in the first half of 2019. Other editions include the LX, EX, S, and GT-Line models, along with the all-electric EV.

Gasoline-powered versions will be offered with either a normally aspirated 2.0-liter or 1.6-liter turbocharged four-cylinder engine that can be mated to an available 7-speed dual-clutch transmission, the company said. 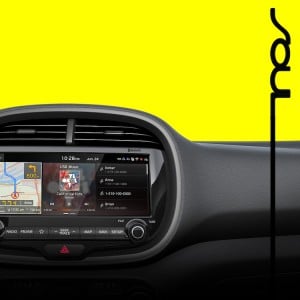 Kia is offering glimpses of the third-generation Soul crossover that will debut in Los Angeles next week.

Official details about the 2020 Kia Soul are sparse, the Korean carmaker noting only that “the Soul is all new for 2020 and will come to market with a bold, immediately recognizable design.”

We’ve been seeing spy shots captured at places such as Germany’s legendary Nurburgring in recent months and, indeed, the third-generation version of the crossover retains the basic shape that made it such an immediate hit following its original, 2009 debut.

The gen-3 Kia Soul is expected to grow slightly larger, though you might notice it at a casual glance. Spy shots, once you can get your mind past the camouflage, suggest slight revisions to familiar exterior cues, such as the vertical taillights that now appear to get a boomerang-like hook.

Under the skin, the 2020 Kia Soul rides on an entirely new platform that will be shared with the recently launched Hyundai Kona. That should give it a bit more sporty character, while retaining the quirky hatchback’s versatility.

Hyundai and Kia have been pushing to end any hint of badge engineering in their individual product lines and there will likely be few who could confuse the Soul and Kona. That said, they will share that new platform and a number of underlying components, as well as key infotainment and safety technologies.