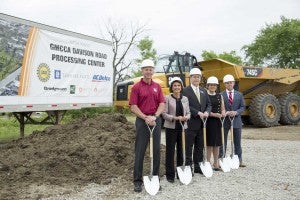 General Motors is moving to close a warehouse outside of Dayton, Ohio, as it re-aligns its parts distribution system.

Jim Cain, GM spokesman, told TheDetroitBureau.com the closing of the Ohio warehouse does not represent a cutback. The labor team at West Chester was informed in June that work for would be transferring to a new facility sometime in 2019, Cain said in an e-mail.

“The new facility is under construction in Burton, Michigan,” he added. The United Auto Workers had no immediate comment.

“This isn’t related to the cost reductions announced after earnings. Rather, it’s part of a set of moves to account for growth in our parts business, and prepare for future growth,” he added. 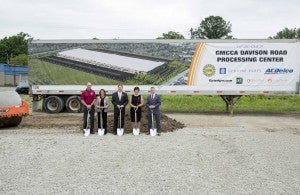 General Motors Customer Care and Aftersales broke ground in June on the $65 million ACDelco and Genuine GM Parts processing center on a vacant 141-acre lot near the intersection of Genesee and Davison roads in the City of Burton.

It is the company’s largest single investment in a warehousing and logistics facility in the United States in nearly 40 years.

With 1.1 million square feet of floor space, the facility is more than twice the size of the company’s existing parts processing center, which is located about five miles away. It will have 84 shipping and receiving docks, up from 35 at the old center. Close to 700 hourly and salaried employees will staff the facility.

The rendering for the GM Customer Care and Aftersales parts processing facility.

“GM is executing a focused and disciplined strategy to improve our core business and position the company for the future, guided by our vision of a world with zero crashes, zero emissions and zero congestion,” saidTim Turvey, GM Global Vice President, Customer Care and Aftersales.

“Our new facility in Burton will help us deliver that future. And projects like this only become a reality when you have great teamwork and true collaboration, like we have with the City of Burton, the UAW and NorthPoint Development,” he said.

(To see more about GM asking for relief on fuel rules while betting big on EVs, Click Here.)

When the facility opens in early 2019, it will be the company’s main induction point in the United States for ACDelco and Genuine GM service parts that need to be unitized and packaged for sale. Ultimately, these parts are used to maintain every Chevrolet, Buick, GMC and Cadillac sold in the United States, and hundreds of competitive vehicles as well.