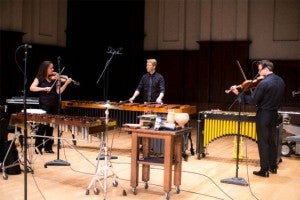 The Detroit Symphony Orchestra made over 100 recordings before coming up with the right warning sounds for the new Lincoln Aviator.

Warning sounds are, by definition, designed to draw your attention, but sometimes they also can get on your nerves.

Ford has been trying to find the right balance with some recent products, looking for sounds that are distinctive yet easy on the ears. It’s going a step further with the new SUV its luxury brand will launch this coming year, turning to the Detroit Symphony Orchestra to record 25 of the “non-critical, soft-warning chimes and hard-warning chimes that will be used in the new Lincoln Aviator.

“Aviator represents the true vision of the Lincoln brand,” explains Lincoln design director David Woodhouse. “With a look this striking, we needed to have sounds that matched the beauty of this vehicle.”

(For more on the new Lincoln Aviator, Click Here.)

The idea came up while the development team was brainstorming ways to make the new Aviator stand out in a crowded market pf three-row SUVs, said Jennifer Prescott, who heads what Lincoln describes as its “vehicle harmony” department. 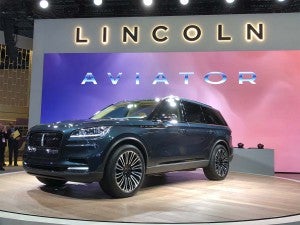 A concept version of the Lincoln Aviator made its debut at the 2018 NY Auto Show last spring.

“We’re always thinking about luxury, and this was a way to take Lincoln to an even higher level,” said Prescott. “I truly thought they’d think I was crazy. But we wanted to make sure every detail in this vehicle was perfect.”

Orchestras have become a big business, and an expensive one to maintain, so that may explain why DSO managers took the offer seriously.

“The DSO has historically valued the use of technology to increase access to classical music, from radio to recordings to the internet, and we are very excited about this new project,” said Anne Parsons, the orchestra’s president and CEO.

From Bach to Beethoven, great composers have worked with their orchestras to create moods and tell stories. What Lincoln was looking for wasn’t quite the equivalent of Wagner’s “Ride of the Valkyries,” but each alert did have to tell a story. And they had to be unique. Motorists would need to be able to tell the difference between a seat-belt warning and one alerting a driver to a possible collision.

Prescott and her team met with the orchestra to explain each of the alerts they needed, 25 in all. “(We) gave them scenarios of the alerts,” she recalled. “We told them, basically, to design their own soundscapes. Then they just went in and started playing. And it was phenomenal.”

(How did Lincoln fare in the latest Consumer Reports Auto Reliability Survey? Click Here to find out.) 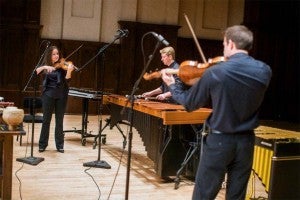 "Sounds and soundscapes are so much a part of our life that we often don’t really notice them – and yet they can provide all these triggers that are so important,” said DSO violinist Adrienne Rönmark.

The process took some trial-and-error, the DSO musicians initially recording 125 different options. It ultimately took, according to participants, “about 100 recordings” to nail things down and come up with what Lincoln describes as “the symphonic landscape” for the new Aviator.

“It was a very stimulating project; sounds and soundscapes are so much a part of our life that we often don’t really notice them – and yet they can provide all these triggers that are so important,” said Adrienne Rönmark, a violinist with the orchestra, and one of three members who performed the final tones. “As a musician, usually what my job entails is trying to bring to life a piece of music that’s already been written. So to be a part of this process, to create sounds knowing their meaning first, and then create the sound second, was a really, really engaging way to process the sound.”

Lincoln unveiled a concept version of the new Aviator at the New York Auto Show last spring. It will reveal the production version – and the new chimes –at the Los Angeles Auto Show alter this month. While it hasn’t offered details about the event, we’re betting it will include a more traditional performance by the DSO.