The carmaker, along with one of its lead technology suppliers, becomes the latest to enter a space that is expected to account for a significant share of the miles Americans clock on the roads each year by the end of the next decade. Waymo, the Google spin-off, is set to transition its own pilot program to a commercial venture this year, while General Motors is looking to launch a similar service.

California is a hotbed for testing autonomous vehicle technology, as are the neighboring states of Nevada and Arizona, in part because of government support, but also because of their mostly good weather which is easier for the current generation of self-driving vehicles to handle. California just recently authorized testing of fully driverless vehicles, not just those with back-up operators ready to take over in an emergency.

“With this pilot we will generate valuable insights to connect fully automated vehicles in the best way with users of future mobility services,” said Michael Hafner, Vice President Drive Technologies and Automated Driving at Daimler AG.

The project, which will begin operating sometime during the second half of 2019, will offer users rides between downtown San Jose and the western part of the city. Riders will travel in luxury compared to the used and often small and down-market vehicles that make up traditional ride-sharing fleets. The Daimler-Bosch program will rely on heavily modified versions of the Mercedes-Benz S-Class.

The German automaker has taken an aggressive stance on the development of autonomous and fully driverless vehicles, exploring their potential with futuristic vehicles such as the F 015 concept that boasts an interior more like a mobile lounge than a conventional luxury sedan.

One of the world’s largest automotive suppliers, Bosch will focus on the sensors used on the ride-share prototypes, with Mercedes providing the software and integration systems, as well as the actual vehicles. They have been preparing for the project with early prototypes being tested both in Germany and in Silicon Valley, where Mercedes operates a major technical center.

Over the next several years, the number of autonomous vehicle test programs is expected to expand rapidly, especially if Congress finishes work on proposals that would make it easier to operate pilot vehicles on public roads.

Some of the leaders in the field are already pushing beyond individual vehicles and into full fleet tests. Waymo is considered the leader in this area. It has been operating a pilot ride-sharing program in the Phoenix area for several years and recently won approval to launch a commercial service, with plans to do so by the end of this year. Waymo has already contracted with both Jaguar And Fiat Chrysler to supply more than 80,000 vehicles as the service expands across the country.

General Motors, meanwhile, hopes to follow close behind, with a service operated by its Maven subsidiary set to launch in 2019. Earlier this autumn, Honda announced it would partner with GM, agreeing to invest $750 million in the Detroit automaker’s Cruise Automation unit and following up with another $1.25 billion in development money.

Ford, meanwhile, is launching a test program in China with local partner Baidu. It is, if anything, difficult to find a major automaker that isn’t working up a similar project.

(Toyota investing in Uber, partnering on autonomous effort. Click Here for the story.)

So are a number of technology and ride-sharing service. But the program launched by Uber was set back substantially after one of its prototypes struck and killed a pedestrian in Tempe, Arizona earlier this year. Uber has just applied to the State of Pennsylvania to resume testing its self-driving vehicles there.

A study released last December by the Boston Consulting Group forecast that by 2030 nearly a third of the miles Americans clock on the road will be while riding in fully driverless vehicles operated by ride-sharing services. 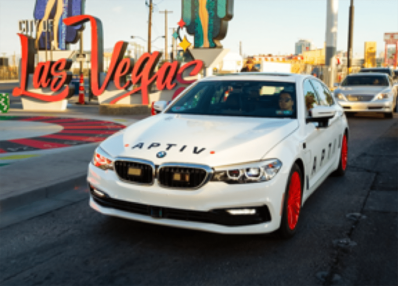