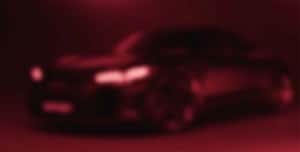 Audi is teasing its second electric vehicle before the first has even come to market. The new e-tron GT will debut at the L.A. Auto Show later this week.

Audi hasn’t even delivered its first all-electric model to showrooms yet, but the automaker is already teasing a second battery-car that will make its debut at the Los Angeles Auto Show later this week.

These intentionally blurry images are meant to give us a hint of what the e-tron GT will look like and, if you squint just a little you might get a sense of déjà vu. Remove the four-ring Audi logo and you might notice the GT has a lot in common with the new Porsche Taycan that also will hit the market next year. Both, it turns out, share the same basic platform.

Officially, what Audi will reveal in L.A. is a prototype, but don’t let that fool you. With relatively modest changes, what you see is what you will soon get, the second of three all-electric models that will appear in quick succession from the Volkswagen Group’s biggest luxury brand.

“The four-door prototype Audi e-tron GT concept interprets sportiness in a new, progressive way,” the automaker said in a statement accompanying these images. “With its fascinating design and a purely electric drive, it leads our Audi Sport performance brand confidently into the future. The sporty four-seater will be manufactured at Böllinger Höfe near Neckarsulm as of 2020. It proves that high performance and electromobility do not have to be mutually exclusive.” 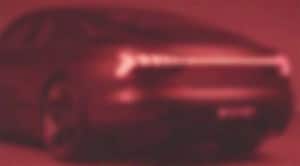 Squint a bit and one can almost see Audi's new EV clearly: the Porsche Taycan.

The fact that Audi and Porsche are sharing platforms should come as no surprise. The Volkswagen Group’s dozen brands have been doing that with increasing frequency in recent years and that’s become even more important as the parent company plans to have about 50 all-electric models in production by the middle of the coming decade. It’s extremely costly to launch a project like that, especially when you consider the relatively low demand for battery-electric vehicles to date.

That’s expected to change as we approach 2030 and beyond but, for now it’s critical to hold down costs – which translates into reduced losses on the bottom line.

Going forward, expect to see Porsche and Audi work together on a number of other electric models using the Premium Platform Electric, or PPE, architecture they are developing. It is expected to be ready for production by 2020 or 2021.

The e-tron GT will likely share a platform with the Porsche Taycan, but is unlikely to share the same performance characteristics.

So, what do we know about the e-tron GT? The four-ring luxury brand is holding off on details ahead of an L.A. unveiling. But one can figure it will have a number of things in common with the Porsche Taycan, including four doors and four seats.

(Click Here for more about Audi sparking race for fastest EV with debut of PB 18 e-tron.)

The GT will almost certainly share the same basic electric drive components, though Audi may have to down-rate the propulsion system in order to let Porsche retain its position as the top dog when it comes to VW Group performance – save for the extreme Lamborghini brand.

The Porsche Taycan relies on two electric motors, one on each axle, generating a combined 600 horsepower. That will help it launch from 0 to 60 in an estimated 3.5 seconds. Top speed is rated at 155 mph.

The e-tron GT is likely to be a four-door sedan with plenty of battery range.

Porsche hasn’t yet provided specific details about the battery pack, but it is believed to be sized somewhere in the range of 90 to 100 kilowatt-hours based on the sports car’s extended range. It will get about 300 miles per charge using the U.S. EPA test cycle.

A battery of that size will likely take a dozen hours or more to charge up using a standard, American-styled 240-volt home charger. But the carmaker claims that can be trimming to 15 minutes for an 80% top-off, or 240 miles, using the latest fast-chargers.

Buyers will find it growing steadily easier over the next few years to charge up when they’re away from home. Companies like ChargePoint and EVGo are planning to add thousands of new charging stations, many using advanced Level 3 technology that could yield as much as 20 miles of battery power every minute. Porsche wants to have 500 high-speed chargers of its own at its dealer network.

Meanwhile, parent VW has invested $2 billion in Electrify America, a new operation funded as part of its settlement of its diesel emissions scandal. It plans to add 1,000s more chargers over the coming years, including hundreds at Walmart stores along major cross-country routes.