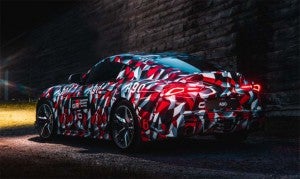 Every major auto show during the last two years has brought with it a flurry of rumors suggesting the reborn Toyota sports car would finally make its debut, hopes only to be dashed when the Supra was a no-show. And that happened again in Paris, Toyota defying hope and speculation it would finally pull the covers off the production model.

But now, it seems, we have official or, at least, semi-official word that the long wait will soon be over. Just stay patient until January when, according to the Facebook channel operated by Toyota’s German subsidiary, the Supra will make its appearance at the North American International Auto Show in Detroit.

We’re waiting for full confirmation from Toyota in Japan, or at least the big U.S. arm of the company, but there’s good reason to believe this time it will happen – all the more so, since Toyota’s German language site, as you can see here, is actually starting to take orders for the Supra. 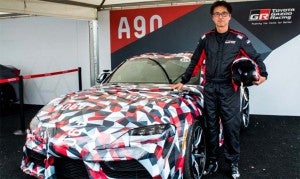 The Toyota Supra in camp with chief engineer Tetsuya Tada.

It’s not like we have no idea what the new sports car will look like, of course. We got a first look at the track version of the next Toyota Supra back in March, at the 2018 Geneva Motor Show. And, with a bit of imagination one could readily look past the extra wings and aerodynamic appurtenances to get an idea of what the street model would look like. A heavily camouflaged version of the production model was briefly shown at the Goodwood Festival of Speed a month ago.

And based on that, it seems, what we’ll eventually get has been heavily influenced by the well-reviewed Toyota FT-1 concept vehicle that was also introduced in Detroit at the January 2014 NAIAS.

Underneath the skin, the new Supra will share its basic foundation with the all-new BMW Z4 that did show up at the Paris Motor Show earlier today. The two manufacturers entered into an unusual alliance that underscores the strange bedfellow nature of today’s auto industry where erstwhile competitors are finding reason to work together. In this case, sources from the two companies explained, it simply wouldn’t have been cost-justifiable for either maker to bring new models to market on their own considering the decline in demand for sports cars.

BMW clearly played the lead in much of the basic development program, though the two projects split off as they came closer to production ready. But it is widely expected that the Toyota Supra will share a both a base four and a turbocharged inline-six with BMW which will produce both powertrains. 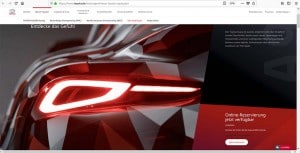 Looks like you can order a Toyota Supra, based on this German order page.

How the specs will compare with the BMW roadster’s will likely not come out until January. But the 2019 Z4 sDrive 30i will feature a 2.0-liter TwinPower turbocharged inline four making 255 horsepower and 295 pound feet, and eight-speed automatic pumping power to the rear wheels. BMW claims the 2019 Z4 30i will be able to hit 60 in 5.2 seconds. The M40i gets a 3.0-liter turbocharged inline six pumping out 382 hp and 369 lb-ft. That’s a full 47 more ponies than the old M edition, and it will thrust you to 60 in just 4.4 seconds. The M40i will share the base Z4’s eight-speed automatic.

Working together, Toyota and BMW opted for a double-joint spring strut front suspension – something that should seem familiar to 3-Series owners. In the rear, look for Supra to share Z4’s five-link design.

While there will be a number of key technical solutions shared between the two sports cars, we’re pleased to see that with the Supra, Toyota isn’t following the badge-engineered design route it took when it launched what was originally known as the Scion FR-S. It turned out to be a virtually identical twin to the Subaru BRZ. 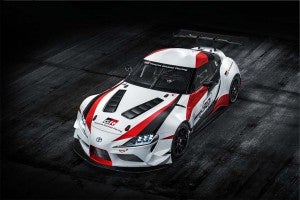 Toyota Supra Racing Concept made its debut at the Geneva Motor Show.

If nothing else, the Z4 remained a classic, soft-top roadster while Supra is expected to be offered only in hard-top form, unless a follow-up convertible has been quietly in the works, as well.

Meanwhile, we can look to see the Japanese giant start to campaign the new Supra on the motorsports circuit next year through its Gazoo Racing arm.

And we can start counting down to January when we will finally see the undisguised, street-legal Toyota Supra.