Sixteen auto brands make Top 100 — GM and FCA brands not on the list.

A quick poll of people asking what automaker is the best might net several folks saying “Tesla!” and while it does have a massive market cap, they’d be wrong. The best brand? Toyota.

According to Interbrand’s 2018 Best Global Brands report, Apple was the top company on the list with a valuation of $214 billion. Toyota was seventh on the list at $53 billion, which was up 6% over last year’s result.

Overall, 15 automotive brands made the Top 100 list and while there aren’t really any surprises about what ones are on the list, those that are not on the list may be reason to take pause. None of the General Motors brands made this year’s list. The aforementioned Tesla did not make the list either. Nor did any of Fiat Chrysler’s brands.

Italian sports car maker Ferrari was the biggest gainer, rising 18% this year, while Subaru made the cut – at No. 100 – for the first time in its history. For automakers, the value of “brand” is important because so often it determines who buys the product.

Interbrand doesn’t lay out how it arrives at each valuation, but notes that the “valuation brings together market, brand, competitor, and financial data into a single framework within which the performance of the brand can be assessed, areas for growth identified, and the financial impact of investing in the brand quantified.” 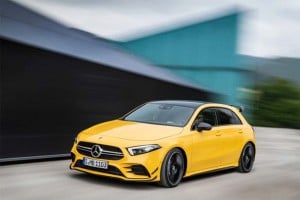 Mercedes-Benz was the second-highest rated auto brand in 2018 behind Toyota.

Below is the list of automakers that made the Top 100 for this year:

“The role brand plays in customer choice for the global brands in our study ranges from 30% for mainstream brands to more than 60% for luxury brands,” according to the report. 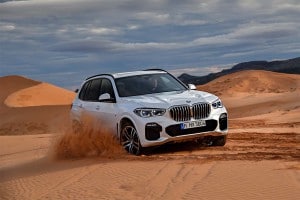 Focusing on the brand can help shape an identity and drive sales. Nissan was cited by the report for doing just that.

“What a company like Nissan has done is focus on increasing its Role of Brand by harmonizing its marketing activities for all products around a single core brand idea, and focusing on the overall Nissan customer experience,” the report noted.

“The company has made it more important that the car a customer is buying is a Nissan, not just an Altima or a Rogue. In doing so, it has significantly increased its Role of Brand, and its Brand Value is up on average 12.5% per year over the last five years.”