Companies warning of job losses in the UK. 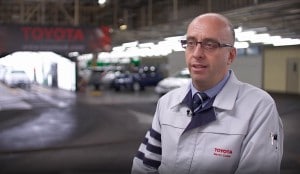 With the United States finally resolving the trade agreement with Mexico and Canada, the Brexit saga automatically elevates to the level of grave importance for automakers.

Manufacturers have warned for months that Brexit, Great Britain’s withdrawal from the European Union approved by UK voters two years ago, holds devastating consequences from automakers. Carmakers with factories in Britain are already paying more for parts because of the devaluation of the British pound.

Toyota Motor Corp. is now threatening manufacturing jobs in the UK. The company could be forced to halt production at its Midlands U.K. factory in the event Britain leaves the European Union without a deal, the plant’s managing director, Marvin Cooke, told the BBC over the weekend.

The BBC noted Toyota the Burnaston car plant that produced 150,000 vehicles last year, with about 90% of the units shipped to the EU, while components come the other way, the BBC reported. The factory has 2,500 employees, according to the company’s website.

“My view is that if Britain crashes out of the EU at the end of March, we will see production stops in our factory,” Cooke, head of the plant that makes the Auris and Avensis cars, said in an interview with the BBC posted on its website. “It could be hours, days, weeks — even months.”

That sign could take on a very different meaning, depending upon how Brexit is completed.

Responding to Toyota’s warning, British Business Secretary Greg Clark said Saturday there are grounds for optimism that Britain will strike a Brexit deal with the European Union.

“Of course we want a deal,” Clark told BBC radio. “No one should be under any illusion that the prime minister and our negotiating team are absolutely determined …. There are grounds for optimism that we can reach an agreement on this,” he added.

U.K. businesses are getting increasingly skittish about the prospects of a no-deal Brexit, with less than 200 days until the country is set to leave.

Jaguar Land Rover, Britain’s biggest carmaker, has warned it does not know whether its plants will be able to operate in six months’ time and that the wrong Brexit deal could cost thousands of car jobs.

(Click Here for more about Jaguar Land Rover cutting production in the UK due to Brexit.)

Brexit also appears to have created problems for the Ford Motor Co., which under pressure to restructure its European operations.

Joseph Hinrichs, Ford executive vice president for global operations, during an appearance in Detroit noted that Ford is the market-share leader in Great Britain, but Brexit has made maintaining its business in the British Isles more difficult. Companies such as Ford need certainty to plan for the future, he said. 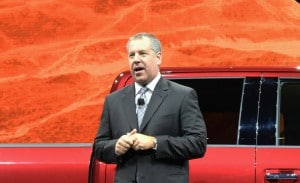 “You also have to watch every work you say because of the political nature of it,” he said.

Hinrichs added political nature of any restructuring by Ford, which has thousands of employees and dozens of plants around the world, has been the key reason Ford has been reluctant to discuss its restructuring plans publicly just yet.

Manufacturers from Siemens Gamesa Renewable Energy SA to BMW AG have warned about production disruptions if the U.K. leaves without an agreement.

(To see more about other automakers impacted by Brexit, Click Here.)

Carmakers in Britain, including BMW, McLaren and Honda, said they had triggered some Brexit contingency plans such as certifying models in the EU, and are working on redrawing production schedules and stockpiling more parts, according to the BBC.