Average Age of Vehicles in the U.S. is Higher than Ever 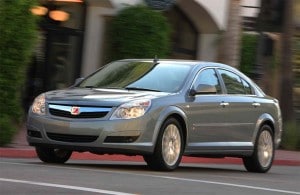 The average age of a vehicle on U.S. roadways these days is 10.5 years.

The average age of a vehicle driven in America has steadily risen during the past few years and the latest study reveals that the average is even higher still – 10.5 years in 2017 up from 9.3 years in 2009 – but it also unmasks some other interesting facts.

First, trucks are kept much longer than vehicles on average while SUVs are kept less, although that could be related to the recent surge in SUV sales offsetting the overall ages of utes in the market. Car sit in between, the two.

Additionally, how much you earn determines how old your car is and how long you keep it.

First, if you are poorer, earning $25,000 a year or less, you drive the oldest car on average: 13 years, which is up from 11.9 in the latest report from WolfStreet.com. Not really a shock and perhaps even less surprising, the more money you make, the newer your vehicle tends to be.

Their average car in 2009 was 9.1 years old, but now it’s 10.7 years: a gap of 1.6 years. Bigger earners beyond that see the gap dropping again. This appears to be where the sweet spot is among earnings, car price and durability.

The quality of vehicles across the board is on the rise, allowing them to be kept longer. Combine that with the fact that new vehicle prices continue to rise and owners have an incentive to remain in their current vehicles or even buy a recent model year used car.

The site used data from the U.S. Department of Transportation, Federal Highway Administration and National Household Travel Survey to determine the ages of vehicles driven by different socioeconomic groups.