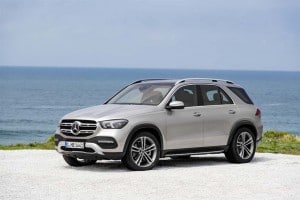 Mercedes-Benz plans to debut the new 2019 GLE at the Paris Motor Show next month instead of in Detroit in January.

Mercedes-Benz plans to show the new 2019 GLE at the Paris Auto Show, marking a bit of a change in its marketing strategy.

In the past, the GLE, which is built at the big Mercedes-Benz assembly plant in Tuscaloosa, Alabama, would probably been shown at the North American International Auto Show in Detroit in January since the vehicle will go on sale in the U.S. in 2019.

The GLE will also be exported to China, though sales of the GLA have been crimped in the Chinese market by new tariffs. Mercedes, however, has elected to skip the 2019 NAIAS but is eager to show of the new GLE, which will reach the market with loads of new technology.

For one thing, the GLE will be equipped with E-Active Body Control, which is a 48-volt active suspension system and a world first. 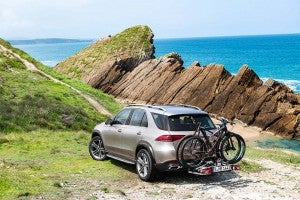 The new Mercedes GLE will be built in America, but exported to other countries including China.

In addition, driver-assistance systems take another step forward with Active Stop-and-Go Assist. The interior is even more spacious and comfortable, with a third-row seat available on request.

The infotainment system in the GLE has larger screens, a full-color head-up display with a resolution of 720 x 240 pixels and the new MBUX Interior Assistant, which can recognize hand and arm movements and supports operating intentions.

On the outside, the GLE also has been refined to exude presence and power and sets a new standard for aerodynamics in the sport-utility vehicle segment. The GLE will receive a new range of engines and the new 4MATIC system ensures great agility on the road and superior performance off the beaten track. 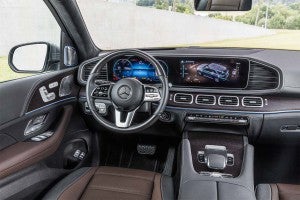 Laden with new driver-assistance technology, the 2019 GLE is Mercedes' most advanced sport ute yet.

(Click Here for more about the new Mercedes Sprinter plant in South Carolina.)

The GLE is one of the most popular vehicles in the Mercedes-Benz line and has been instrumental in bolstering the company’s line up of SUVs. Mercedes-Benz SUV sales set a new record in the first eight months of 2018, the company reported this week.

Worldwide, a total of 541,120 SUVs with the star, almost on third of its sales, were delivered, an increase of 5.4%. An important driver of this growth was the global popularity of the GLC and GLC Coupes.

The sales success of the midsize SUVs from Mercedes-Benz will be continued with the EQC, which had its world premiere in Stockholm as the first fully electric SUV from the EQ product and technology brand.