Site will go beyond familiar quality and reliability awards. 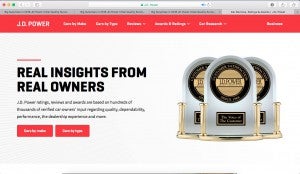 JD Power is skipping the journalistic middleman and taking its information straight to the people.

It may be a familiar name to American new car buyers, but until now, J.D. Power and Associates has only reached out to consumers indirectly, largely by relying on traditional media outlets to summarize the results of familiar studies, such as the annual Initial Quality Survey.

Now, however, the California-based company wants to cut out the journalistic middleman, so to speak, by launching its own automotive website, JDPower.com. It will offer a much deeper dive than media coverage of those surveys alone can provide, giving readers access to what Power describes as “3 million verified owner experiences.”

“J.D. Power is really a data company, and the data we’ve aggregated is truly amazing,” explained Troy Snyder, the vice president of the company’s new Consumer Division, which will publish the website. “The challenge was how to create a website and the tools that let consumers comb through that data as part of their shopping experience.”

Power has become a brand as established as many automotive marques over the last 50 years, since founder J.David Power and his wife began analyzing consumer surveys at their kitchen table. It has grown into a massive enterprise and covers a wide range of industries, including travel and technology. And, from a financial perspective, the bulk of its revenue comes from syndicating the results of its research to the corporations it covers. 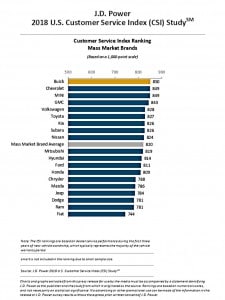 Power is bringing this type of information straight to the people now.

But unlike some research firms that keep that data private, Power has built its reputation by compiling its results into a series of consumer-facing surveys that have had a significant effect on consumer expectations and preferences.

Throughout the years, Power has tried to expand the way it can reach out to consumers directly. It launched a print magazine, around the turn of the new millennium, partnering with Hearst. But the project never gained traction, in part, because it couldn’t truly make use of the data that is what Snyder calls “the heart and soul” of J.D. Power.

Last year, JDPA decided to try it again, this time online. To help pull the project together it acquired the National Appraisal Guides, one of the largest competitors to online data and buying service Kelley Blue Book.

The goal was to expand upon shopping-oriented sites run by KBB.com and others by integrating the data behind Power’s surveys. A typical one, such as the IQS or the Customer Satisfaction Index, is based on lengthy responses from 50,000 or more vehicle owners.

A visitor to the new site will be able to access the results of those studies, going beyond the usually summaries, according to Snyder 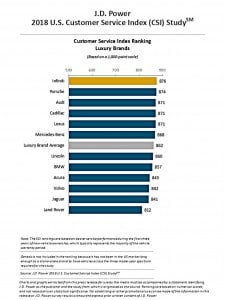 Consumers can go to JDPower.com and get data about new vehicles.

There will be several other key features to the new website, with more coming:

One goal is to make the site “bi-directional,” said Snyder, noting that when the site is fully live next month, “We’ll allow car shoppers and owners to add their own feedback.”

More features are in development, including the ability to tap into JDPA’s pricing data derived directly from what dealers report buyers paid. And there will be a tool to compare different modes, Snyder added.

(There were big surprises in the JD Power Initial Quality Survey, too. Click Here to check them out.)

For years, surveys like the IQS have been tools that American car buyers have learned to trust. Now, JDPA is hoping its new, consumer-facing website will earn equal respect, and traffic.