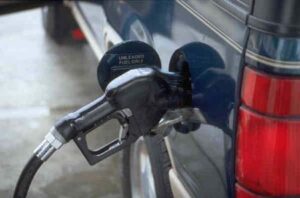 You may be spending significantly more at the pump under the CAFE rollback plan.

The planned revisions to the Corporate Average Fuel Economy, or CAFE, standards set to be announced by the Trump Administration could save as much as $500 billion in “societal costs,” according to a draft proposal revealed over the weekend – but on an individual basis, motorists could wind up spending thousands of dollars each, while the potential to the environment may also be substantial, as the new plan could increase U.S. fuel consumption by as much as 500,000 barrels a day.

In April, former Environmental Protection Agency chief Scott Pruitt took the first steps towards officially rolling back the rules set by the Obama Administration which would steadily increase the fuel economy of the average vehicle sold in the U.S. to 54.5 mpg in 2025. The draft of a plan crafted jointly by the EPA and the National Highway Traffic Safety Administration published over the weekend by the New York Times would freeze mileage standards at a level reached by 2020 – or around 37 mpg.

The draft appears to have been completed in May, and sources have told several news outlets that revisions could be made before the final proposal is released – something that could happen as early as this week, according to comments made by Andrew Wheeler, the former coal industry lobbyist and acting EPA chief who took over the agency after Pruitt was forced out due to ethical concerns. 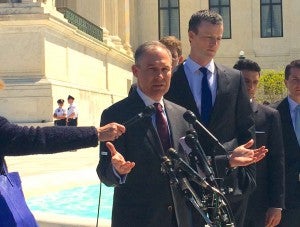 The revised CAFE plan was largely developed by the EPA whose chief, Scott Pruitt, recently quit under an ethical cloud.

The original CAFE plan, hammered out as a compromise between automakers, environmentalists and state and federal lobbyists, was expected to result in a significant expansion in the use of electrified powertrains – everything from mild hybrids to pure battery-electric vehicles – as well as hydrogen fuel-cell technology. The agreement also required a “mid-term review” of the plan, with the possibility of a rollback if it was shown the necessary technology wouldn’t be available, or that the cost of achieving the 2025 target was unacceptable.

The Obama Administration completed its review shortly before handing over power to the team selected by new Pres. Donald Trump. With the new president’s blessings, Pruitt quickly led the industry-backed effort to re-open the mid-term review.

In the preamble to the draft proposal, the EPA and NHTSA wrote that backing away from Obama plan “would reduce societal costs by about half a trillion dollars and reduce highway fatalities by up to a thousand lives annually.’’

The issue of safety appears to be based on arguments claiming that by forcing manufacturers to lighten vehicles they would also become more dangerous.

Environmentalists and other proponents of the original Obama CAFE plan have derided such claims. They note that, on the safety front, automakers have been “lightweighting” their vehicles for years but by using alternative materials, such as aluminum and composites – as well as more advanced steels – today’s vehicles are far better able to handle crash forces than just a decade ago. 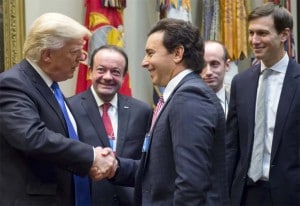 Meanwhile, the question of cost savings has also come under question.

Based on the price of an average barrel of oil on Monday morning, those extra 500,000 barrels would work out to more than $35 million a day, or nearly $13 billion annually. And that doesn’t factor in the recent rise in oil prices that could see the numbers push even higher. One concern is that by raising demand, petroleum could start to nudge back to levels not seen in a number of years.

From an individual consumer standpoint, gas prices have surged sharply since the Trump Administration came into office, rising to a national average approaching $3.00 a gallon by Monday morning – though that is still down by about 25% from the record highs seen early in the decade.

Nonetheless, the impact for consumers could be substantial. Each barrel produces between 20 to 25 gallons of gasoline, depending upon the way each refinery is set up. So, under the EPA’s plan, the U.S. could drink down as much as an additional 12.5 million gallons of gas daily, or 4.6 billion gallons annually. That would work out to almost $14 billion in annual costs.

But that also needs to be factored out in terms of the additional costs over the lifetime of a vehicle. Many of today’s cars, trucks and crossovers will last 20 years before being scrapped, and the average auto on the road today is around 11 years old. Using that latter figure, vehicles to the freeze the Trump Administration is proposing would see their owners spend a collective $154 billion more on fuel. 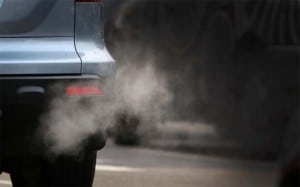 The planned rollback would increase oil consumption by 500,000 barrels a day - and add over 90 billion pounds of CO2 emissions annually.

There are currently around 264 million vehicles on U.S. roads, according to industry data. That would mean an additional $583 per vehicle in costs associated with the EPA plan. The average household owns 2.28 vehicles, according to Experian Automotive, with 35% having at least three, so the costs would multiply sharply.

That doesn’t include the potential economic impact of increasing CO2 production by 91 billion pounds annually.

The Obama Administration estimated that, all in its CAFE plan would yield savings of around $98 billion annually. The wide gap when compared to the Trump plan reflects a variety of assumptions, including the likely cost of powertrain technology needed to meet the 2025 target, as well as the price of fuel. If gas were to reach $4 a gallon it would add nearly $200 to a vehicle owner’s burden. The Trump Administration has also dismissed the concept of global warming which would itself influence the calculations it has made.

The proposed rollback has already generated sharp debate – as well as lawsuits filed by a number of states. That group includes California which is expected to bring additional legal action if, as the administration has suggested, it moves to eliminate the special waiver the Golden State was granted under the Clean Air Act to set its own emissions targets.

Since there is a direct correlation between fuel consumption and CO2 emissions, California regulators could effective override the EPA/NHTSA rollback by retaining a high carbon dioxide target. California has also set requirements for manufacturers to produce zero-emissions vehicles, such as the Tesla Model 3 and Chevrolet Bolt EV. The stricter guidelines have now been adopted by 10 other states, as well as the District of Columbia.

The anticipated rollback has garnered support from a number of automotive trade groups, and General Motors recently issued a statement noting, “We look forward to reviewing the proposed standards once public.”

But facing public pressure, a number of automakers, including Ford, have lately backed away from supporting a rollback. (The second-largest of the Detroit manufacturers has echoed the call for the elimination of the California waiver, however.)

Part of the debate centers around the actual cost of meeting the original guidelines. New technologies, ranging from turbocharging to mile hybridization, have proved effective at boosting mileage and the overall cost of battery technology has dropped sharply in recent years. One study, released by the Boston Consulting Group last December, suggested that electric vehicles will remain more costly than conventional gas-powered models through around 2027, though the gap will steadily drop, even as fuel savings increase.

“This proposal will increase what Americans have to pay at the pump and it will only benefit the oil industry,’’ Luke Tonachel, a staff scientist for the Natural Resources Defense Council told the Detroit Free Press. “It increases pollution and threatens our health.’’

“Our analysis clearly indicates that the car companies are fully capable of meeting the CAFE standards and they are able to do so with great savings for consumers,” echoed Jack Gillis, the Consumer Federation of America’s director of public affairs and author of the annual Car Book.