McLaren Fills in Holes in New Longtail’s Story at Goodwood 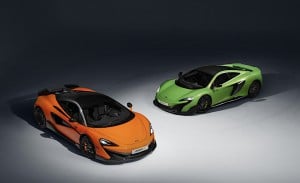 About two weeks ago, McLaren offered up some of its plans for a new, track-ready car named the 600LT, just the fourth longtail edition in the company’s history.

However, the original announcement was a little light on details that speed fans enjoy, such just how fast is the new model. While it was known that the new sport series model is powered by a 3.8-liter twin-turbo putting out 592 horsepower and 457 foot-pounds of torque.

Now, just before it makes its debut at the Goodwood Festival of Speed, McLaren unveiled some performance numbers. The 3.8-liter delivers “astonishing levels of performance,” according to the automaker.

(McLaren reaches into its past for newest model. Click Here for the story.) 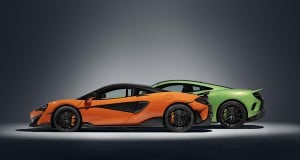 The newest Longtail is lighter and longer than other McLaren coupes.

If it goes fast, it must stop fast as well. The 600LT uses the braking system from the McLaren Super Series, which features lightweight aluminum calipers and stiffer carbon ceramic discs, reduces weight by 4kg. They work in conjunction with an all-new brake booster developed with knowledge gained from the McLaren Senna, the result is incredibly responsive and progressive pedal feel during braking and a 200km/h (124mph) to standstill distance of 117m – just 1 meter longer than a McLaren P1.

The company revealed that the new model is 74mm longer than the 570S Coupe, it also has an extended front splitter, lengthened rear diffuser and fixed rear wing. Nearly a quarter of the parts on the 600LT are different from the standard 570S Coupé. In many cases, this has helped make for a lighter vehicle.

Much of the weight savings comes through the extensive use of carbon fiber – including for the monocoque chassis that is some 25% stiffer than a comparable aluminum chassis and for the new aerodynamic features– together with lightweight materials throughout the track-focused cockpit, helps the McLaren 600LT to achieve a lightest dry weight of 1,247kg and equivalent power-to-weight ratio of 481PS/tonne.

With the optional Super-Lightweight Carbon Fiber Racing Seats developed for the McLaren Senna fitted, the 600LT weighs 100kg less than a 570S Coupé – a remarkable reduction that delivers tangible benefits in every aspect of the car’s performance. 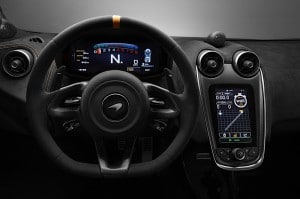 The unique bodywork, McLaren officials say, optimizes aerodynamic performance, working in conjunction with the flat carbon fiber floor of the 600LT to produce the 100kg of downforce at 250km/h (155mph) that generates more grip and greater high-speed stability and is a significant contributor to the car’s on-track performance.

Production of the 600LT Coupé will begin in October and last for around 12 months, with build slots scheduled around existing Sports and Super Series models, as well as the sell-out Senna, Senna GTR and BP23.

Availability will be strictly limited, the carbon fiber body panels that require specialist tooling just one of the reasons that the new “Longtail” will be rarer than its Sports Series brethren. Available to order now from McLaren retailers – subject to availability – the 600LT Coupé is priced from £185,500 with taxes (UK), which includes the tuition for a Pure McLaren Road Owner Track Day at a race circuit.