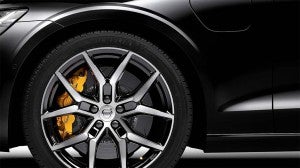 The 2019 Volvo S60 Polestar Engineered gets unique Brembo brakes, among other modifications.

Few brands have done more to try to transform their image in recent years than Volvo, and the new S60 T8 Polestar Engineered sedan should continue shifting the Swedish marque in its new direction.

The latest version of the S60 not only puts more of a premium on sporty styling but backs it up with a 415-horsepower engine. But that’s no ordinary powerplant. No V-8s or turbo-sixes for this new Volvo. It’s a Polestar-modified version of the carmaker’s T8 plug-in hybrid, the top-performing version of its all-four-cylinder line-up.

“The new S60 T8 Polestar Engineered is an electrified car that does what you want it to,” said Volvo’s Senior Vice President of R&D Henrik Green. “All components have been fine-tuned to work together, delivering a responsive and exciting driver’s car.”

For those unfamiliar with the Polestar name, it started out as a Swedish-based tuner and motorsports company that was subsequently purchased by Volvo to help add a performance boost to its line-up. It’s now gained an even more ambitious role, serving both as an in-house tuner of products like the S60, as well as a standalone sub-brand charged with developing unique performance models like the new Polestar One plug-in hybrid. 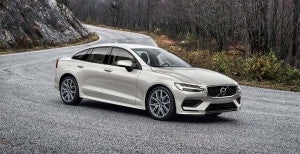 Here, Polestar is focusing on the sedan version of Volvo’s 60-series line-up – which also includes the new V60 wagon and the XC60 crossover that was named North American Utility Vehicle of the Year in January.

Volvo itself has tried to shift away from its classic image as a brand that puts emphasis on safety, but at the expense of design and performance. The looks of the S60 are just the latest example of the more sleek and muscular design language the automaker has adopted, but perhaps the most distinctive changes can be found under the hood. In sharp contrast to luxury competitors, Volvo has migrated to a powertrain formula that relies solely on four-cylinder engines. And lest you dismiss that as even more of a turn towards the stodgy, with a mix of forced induction and electrification, those engines can sing.

(Volvo hopes to electric customers — and investors. Click Here for the story.)

The T8 Twin Engine is the best example, using a mix of turbo and supercharging, as well as a plug-in hybrid system paired with the gas engine, it delivers an impressive 390 horsepower and 472 pound-feet of torque. But the new Polestar Engineered S60 takes things a step further, punching that up to 415 hp and 494 lb-ft. Transmission tweaks will help deliver that power more smoothly, Volvo claims. 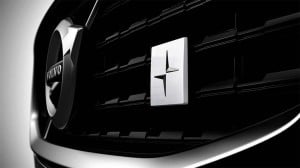 Exterior tweaks to the S60 performance model include the Polestar badge.

Volvo is not only redefining itself, but helping shift the perception of what electrification is all about, joining manufacturers like Jaguar and Porsche delivering neck-snapping performance from electrified drivelines with their I-Pace and Taycan models.

To make maximum use of that extra muscle, the Polestar take on the S60 gets a revised suspension system with enhanced shocks – borrowed from the Polestar One coupe — to keep the sedan firmly planted. There are also unique Brembo brakes, their calipers distinguished by gold paint, rather than the classic red. They’re a monoblock design with slotting intended to reduce heat. Finishing things up, the performance model gets some distinctive exterior detailing, including Polestar badging, and lightweight aluminum alloy wheels.

There’s yet another detail that will distinguish the S60 Polestar, well, all of the new S60s, to be more precise. They’ll be the very first models to start rolling out of Volvo’s new, $1.1 billion assembly plant set to open up in Charleston, South Carolina a week from now.

The now-Chinese-owned Volvo has expanded the capacity of that plant to 150,000, based on the recent surge in both U.S. and global sales, incidentally, and will add production of the XC90 there by 2021.

You can also look for the Polestar performance enhancements to be added to the XC60 and V60 models in the not-too-distant future.