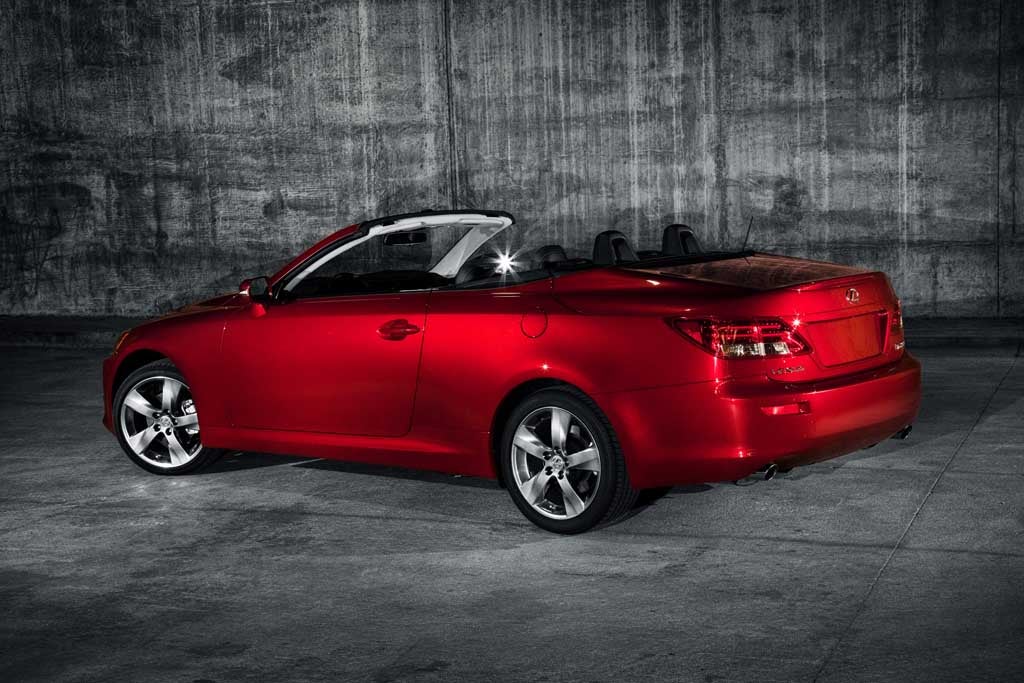 The Lexus recall covers a number of models, including the 2010 IS350C convertible.

Toyota’s high-linen Lexus brand today said it will recall 121,000 vehicles because fuel leaks in the engine compartment could lead to a fire.

The announcement came about the same time the National Highway Traffic Safety Administration advised a senior member of Congress that it is expanding a probe of engine problems with Hyundai and Kia vehicles that may also result in fires. And, as TheDetroitBureau.com reported earlier Wednesday, NHTSA is exploring reports that battery packs that have caught fire in Tesla vehicles have proved more difficult than expected to put out.

In all, 121,000 of the vehicles will need to be repaired worldwide. Though Toyota didn’t provide specific numbers, most were sold in the U.S. 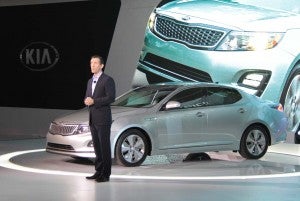 Kia's Optima is one of the vehicles that has faced reports of engine failures and fires.

According to Toyota, a diaphragm in the fuel injection system can harden over time and crack, resulting in a possible fuel leak that subsequently can catch fire. Owners will be advised by mail in August to make appointments for repairs. Toyota dealers will make the necessary fix at no charge.

In a separate development, NHTSA advised Sen. Bill Nelson, a Florida Republican, that it has received 402 complaints about fires involving some Hyundai and Kia products. While the problems occurred after collisions involving some of the vehicles, but about 120 fires occurred without any apparent crash, according to a report by the Washington-based Center for Auto Safety.

The latest news involves about 1.6 million vehicles that were covered by a separate NHTSA probe launched in May 2017 triggered by complaints of engine stalling.

“I’m glad they’re looking into these fires but they need to pick up the pace,” Nelson said in a statement, adding that he plans to ask NHTSA to brief lawmakers on the issue.

The issue actually dates back to September 2015 when Hyundai recalled 470,000 vehicles because a manufacturing defect could cause bearings in some four-cylinder engines to fail. Hyundai and its sibling Korean brand Kia announced two other recalls affecting 1.2 million vehicles for the same engine problem in March 2017. 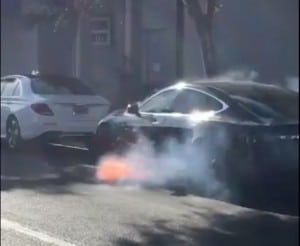 This Tesla Model S, owned by a Hollywood producer, caught fire "out of the blue." The feds are investigating.

In yet another issue involving potential vehicle fires, Tesla is facing NHTSA scrutiny as reports mount that when one of its battery packs catches fire it may be difficult to put out the blaze – and that batteries may catch fire again.

In May, a Tesla Model S that crashed into a wall at high speed in Fort Lauderdale burst into flames, killing two teens and injuring a third.The Fort Lauderdale Fire and Rescue Department found the Tesla “fully engulfed in flames” at the crash scene and extinguished it with 200 to 300 gallons of water and foam, the report stated.

Responders also doused parts of battery that separated from the vehicle even though they were not visibly on fire. However, as the vehicle was being loaded for removal, the batteries reignited and were put out. They caught on fire again at the storage facility and were once again extinguished.

In March, a similar series of events occurred with a Model X in Mountain View, California.

The vehicle crashed into a retaining wall and was on fire when fire and rescue personnel arrived on the scene. The first was put out and did not reignite at the accident site. After the car was taken to storage, the battery “emanated smoke and audible venting” but didn’t ignite. However, five days later it reignited and had to be extinguished again.

Tesla has faced a number of issues involving battery fires. It responded to early issues by increasing the armoring around its lithium-ion packs to reduce the likelihood they would be damaged in a crash.

But the issue came to the fore again last week when owned by Hollywood producer Michael Morris, simply went up in flames while he was driving. His wife, actress Mary McCormack, filmed the parked vehicle as became engulfed in flames.

“This is an extraordinarily unusual occurrence, and we are investigating the incident to find out what happened,” Tesla said in a statement.

(Michael Strong contributed to this report.)