Event organizers to announce July or October shift for 2020. 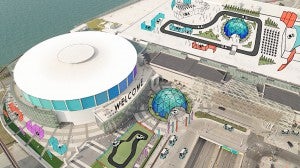 Organizers of the Detroit Auto Show are planning to move it from January to either June or October.

The North American International Auto Show plans to end its winter blues, sponsors confirming they will announce next month whether they will move from the current January timeslot to either June or October.

For years one of the most important auto shows in the world – particularly from a media perspective — the NAIAS has fallen on hard times in recently. While public attendance has grown, the number of new product debuts fell this past year to less than half of past peaks and a growing number of manufacturers, including Mercedes-Benz, BMW and Audi, have announced they’ll be no-shows in 2019.

“We will have more details on what we plan to do on July 24,” Max Muncey, spokesman for the Detroit Auto Dealers Association, told TheDetroitBureau.com, confirming that the DADA will confirm whether the auto show is moving to the new spring or autumn date.

There is no question that getting the event out of winter will help. January is as bleak a time as possible for the Motor City, temperatures typical below freezing and, during many of the past few shows dipping into or below single digits. 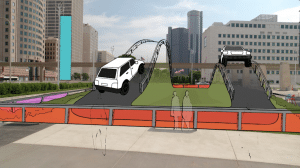 The next iteration fo the Detroit Auto Show would feature a track for vehicle test drives.

“Who wants to come to Detroit in winter?” a senior German automotive executive, asking not to be named, said of the show after his company announced it would skip the 2019 NAIAS.

From a weather standpoint, if nothing else, either of the two alternate dates would better show off what is becoming a major revival of the City of Detroit, DADA President Rod Alberts told TheDetroitBureau.com recently.

While DADA officials remain tightlipped about their final decision, sources suggest June is more likely to be the new date. October would create a number of conflicts, falling just weeks after the major European car show that alternates each other year between Frankfurt and Paris, and landing almost atop the biannual Tokyo Motor Show.

Japanese makers, in particular, appear to favor the spring alternative, but European automakers are also considering whether that would justify their return to the Motor City.

The spring date would have its own issues, coming after the annual New York Auto Show in April, and entering what was normally a period of rest between auto show seasons. 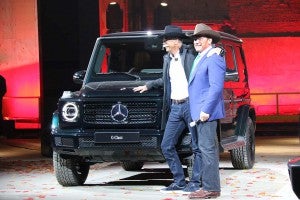 Mercedes brought in Arnold Schwarzenegger for its 2018 event in Detroit but will skip 2019.

(Click Here for details about Audi’s decision to cut the Detroit Auto Show.)

On the plus side, June could be well-positioned as giving manufacturers a chance to debut products just months before the launch of the next model-year – which is typically timed to begin in September or October.

The idea of moving the show began floating around automotive circles almost immediately after this year’s NAIAS media days wrapped up. At peak, around the turn of the millennium, Detroit saw more than 70 new products debut during three packed days of media previews. This year’s even barely filled a full day, and then only by adding a number of automotive supplier news conferences.

Detroit is by no means the only auto show that has been struggling. With rare exception – primarily the alternating Beijing and Shanghai events in April – manufacturers have been pulling back on previews. Just this month, Fiat, Alfa Romeo and Jeep announced they will be holdouts at the 2019 Mondial de l’Automobile, and the Paris event had already lost BMW, Ford, Infiniti, Mazda, Mitsubishi, Nissan, Opel, Subaru, Volkswagen and Volvo.

Indeed, it’s hard to find any auto show not facing retrenchment. BMW is planning to trim the size of its exhibit at the 2020 Frankfurt Motor Show by about three-quarters. That’s all the more significant as the show has traditionally been positioned as a matter of national automotive manufacturing prowess.

Automakers blame their change-of-heart on a variety of factors, including cost constraints. Major auto show exhibits typically cost millions of dollars, and that figure can grow exponentially when new product media debuts are factored in. The industry has also been exploring alternatives, whether events like the Consumer Electronics Show in Las Vegas, or one-brand media events.

There is no guarantee that moving the NAIAS will bring it back to former glory. Several carmakers have told TheDetroitBureau.com that they won’t be back even with a new time slot. One problem is that the Detroit region is simply too focused on domestic brands, so setting up a show stand for the public generates too little of a return.

(To see why Detroit’s NAIAS may be moving to October, Click Here.)

But sources say organizers are hoping that the move will generate its own momentum, leading at least some brands to give the NAIAS another try. In turn, if more debuts land on the schedule more global media will attend and that will make it even more critical for other automaker holdouts to return.