Automaker focusing on profits over growth. 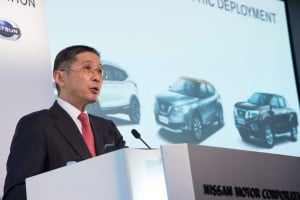 Nissan Motors is cutting production in North America by 20% as it shifts from a strategy that focused on growth and now zeroes in on profits.

The company has slowed production at two plants in the U.S. and three in Mexico as its sales for 2018 are down 6.5%, including a 9.5% drop in March. The losses have come despite aggressive discounting and fleet sales efforts.

In the U.S., the company aggressively pushed sales of the Altima sedan and Rogue sport-utility vehicle. Sales of the two vehicles were down 9.2% in 2017, after seeing an uptick in 2016.

Nissan said that the report was not based on any announcement by the company. U.S. production of Nissan vehicles, including the popular Rogue crossover SUV and its high-volume Altima sedan fell 9.2% in the year ended March, company figures show, following a period of increased sales in 2016.

The move comes solely in response to reduced sales in the U.S. as the automaker rallied to post increases in revenue and net income for 2017. Nissan’s January-March profit was 168.8 billion yen, or $1.5 billion, down from 249 billion yen last year. Quarterly sales fell 0.9% to 3.4 trillion yen, or $31.3 billion.

However, full-year net income rose by 12.6% to 746.9 billion yen, or $6.8 billion, as non-operating income and the favorable impact of U.S. tax reforms more than compensated for the reduction in operating profit.

The automaker earlier this month restated it was moving its U.S. strategy to one of sustained profitability from one which focused on aggressive growth, and that it was lowering plant utilization to enable its dealers to sell down built-up inventories.

Since 2010, Nissan has doubled car sales in North America to around 1.6 million units, which put it in line to meet its goal to hold 10% market share in the U.S.

In addition to its plans to focus on improving profitability in North America, Nissan plans on expanding sales in China, the world’s biggest car market.