If deal isn't reached by deadline, might have to wait until 2019. 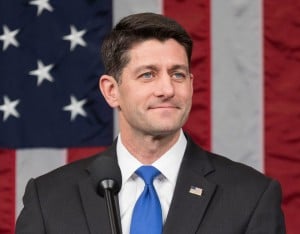 Republican House leader Paul Ryan noted if NAFTA talks don't produce a new deal soon, it may not get approved until 2019.

The Trump administration’s plans to overhaul the North American Free Trade Agreement may have to wait until next year.

Politico, the Washington-based website for political news, noted that House Speaker Paul Ryan said the Trump administration has until May 17 to submit a final NAFTA deal if it wants lawmakers to vote on the revised agreement this year.

Negotiators from the U.S., Mexico and Canada have nothing to show for their efforts despite meeting all week in Washington DC to coming up with a deal, knowing that time was running short to get a deal through Congress in this legislative session.

Ryan’s comments indicated that the law known as the Trade Promotion Authority provides for “fast-tracking“ passage of a trade agreement negotiated by the administration by putting the deal to an up-or-down vote without amendment. 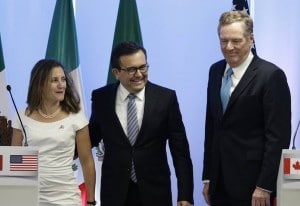 The bill lays out a number of negotiating objectives required by Congress and mandates that the deal be notified to Congress 90 calendar days before the executive branch signs the agreement.

The failure to complete the deal could be interpreted as a political setback for President Trump, who has repeatedly vowed to cancel NAFTA and replace it with something better. For the auto industry, which has argued against sweeping changes, the failure to reach agreement will likely be met with a sigh of relief although the battle over NAFTA will continue.

(Click Here for more about the roadblocks thrown up in NAFTA negotiations.) 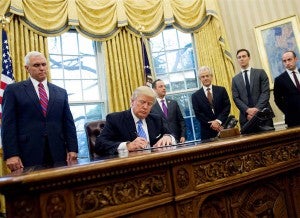 Negotiators from the three countries remain far apart on several key issues, involving domestic auto content, dispute resolution and whether or not to impose a “sunset clause” requiring periodic renewal of the treaty, according to several accounts.

Meanwhile, presidential elections take place in Mexico in July, and the expected winner, Andrés Manuel López Obrador, is a populist who could take a harder line on NAFTA. That could further complicate talks.

Edward Alden, a senior fellow at the Council on Foreign Relations, told NPR Ryan could probably find a way to postpone the deadline a few days if the countries were on the verge of an agreement, but that’s not the case.

(To see more about Trump reversing his stance on the Trans Pacific Partnership, Click Here.)

“They have failed to reach an agreement, and the divisions are fairly fundamental, so I’m not certain that even if Ryan comes back and says, ‘I didn’t really mean it, there’s wiggle room,’ that it’s going to make a difference,” Alden said.