British sports car gets new stores on both coasts. 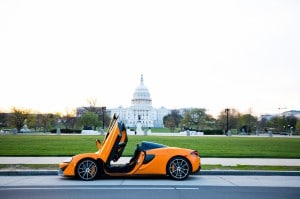 With its sales of ultra-expensive sports cars steadily climbing, McLaren Automotive has been fortifying its bottom line with new models after its long-expected demise has come and gone.

The growth in new vehicles in the product portfolio has strengthened interest in the company’s largest market: the United States. As a result, the company’s dealership network is growing too and the company is adding new retailers in wealthy communities on the East and West coasts.

One of the new dealerships will be in Beverly Hills, California, the other in Loudon County in Northern Virginia, just outside Washington D.C. The two new stores join McLaren’s network of 80 dealers that stretch across 30 markets around the world.

Both of the new dealerships will be “brand-exclusive, showrooms aimed helping British creator of luxury sports cars and supercars to continues posting sales growth in North America. 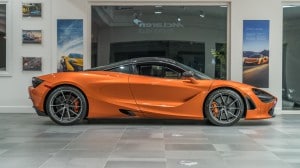 McLaren Beverly Hills, operated by O’Gara Coach, officially opened its new retail home on earlier this month. It has operated out of another location since in late 2017 and has already established itself as McLaren’s number one global dealer in retail sales in the first quarter of 2018, McLaren officials noted.

“We are already building a loyal customer base of McLaren fans who are true enthusiasts and are passionate about their cars,” said Thomas O’Gara, owner of McLaren Beverly Hills.

“As a company, we are very event focused and believe that it’s the experiences you have in the car, the places you visit and the people you meet, that you will remember. We aim to give all our McLaren customers that opportunity.” 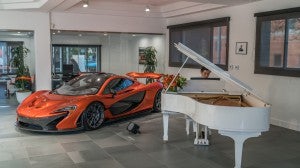 Located in Sterling, Virginia, the new dealership is one of the first in North America to feature McLaren’s new corporate identity and will house one of the largest selections of new and pre-owned McLarens in the country.

“To be associated with such an iconic brand with an unapparelled racing heritage is beyond our wildest dreams. McLaren Sterling is committed to the ultimate customer experience by paying attention to details such as the white glove delivery process with a champagne toast – we are so excited to be a part of the McLaren family,” said McLaren Sterling owner Thomas Moorhead.

This latest round of retailer investments follows the announcement of North America’s 23rd McLaren Automotive retailer in Bellevue, Washington, earlier in the month.

More openings of new retail outlets in key locations are expected in 2018, as the brand continues to post monthly sales records in the first quarter of 2018, off the back of a best 2017 sales total both globally and in North America.

“With McLaren North America firmly established as the brand’s biggest global market with more than a third of McLaren’s sold here and sales continuing to increase, we are delighted that our retail network continues to invest in both our cars and our brand, “said Tony Joseph, president of McLaren North America.

McLaren Automotive posted record sales by selling 3,340 cars worldwide in 2017, 1,150 vehicles in the U.S. as the demand for ultra-expensive vehicles picked up.