New center is the third in China. 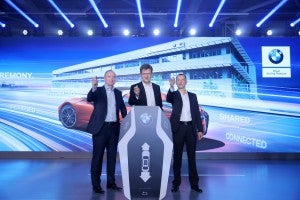 BMW Group executives mark the opening of the company’s new research and development center in Beijing.

The BMW Group opened a new research and development center in Beijing — its third R&D center in the country.

The opening of China R&D Center is a significant step in expanding local innovation and moving ahead with the group’s localization strategy of “In China, for China and the world” one step further, officials noted.

China became the largest market for the BMW Group last year. With the establishment of R&D centers in Beijing, Shanghai and Shenyang, the Chinese R&D network is unique and by far the biggest presence of BMW research and development outside Germany.

“For us, China is a driving force of innovation, a place of inspiration particularly in the field of electrification and digitalization – we think China is the lead market in these fields already today,” said Klaus Froehlich, member of the Board of Management BMW AG, Development, at the opening ceremony.

(BMW set to debut new 8 Series ahead of LeMans return. Click Here for the story.) 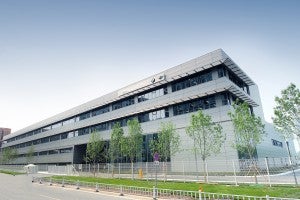 “This is why we began five years ago to set up a comprehensive R&D network in Beijing, Shanghai and Shenyang.

“We expect that the increase of our Chinese R&D activities and the collaboration with more and more top class Chinese tech companies will make a strong contribution to our global R&D outcome, especially in areas such as electro mobility and digitalization.”  Froehlich added.

The new space will serve as home for more than 200 employees, bringing the number of employees in the BMW Chinese R&D network to 1,100.

China is a driving force of innovation and plays an important role in its transformation into a customer-centric technology company.

In 2018, BMW’s new R&D Center in Beijing will run more than 70 test vehicles across China, the testing mileage is planned for a historical high of 5 million kilometers.

The BMW Group is enhancing its R&D capabilities on a global level to focus on developing a customer-centric R&D system as well as future-oriented R&D concepts, that will provide the Chinese and global market with enhanced, and more innovative products and services

(BMW unleashes its most powerful M5 ever. Click Here for the story.)

Across the three locations, the centers cultivate local talent, with the result, that more than two thirds of the R&D professionals are Chinese, BMW noted, adding that while each R&D center has different functions, they complement each other and form a comprehensive innovation network.